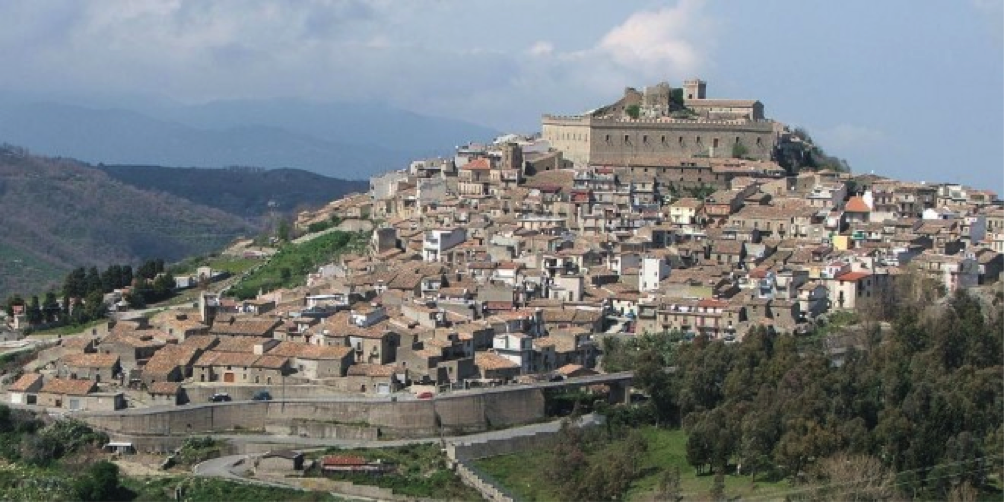 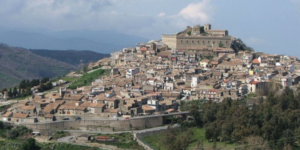 After Gangi last year, yet another Sicilian town has been voted one of the Borghi più Belli d’Italia (most beautiful historical towns in Italy).   This year is the turn of Montalbanco Elicona in the Province of of Messina, or Montarbanu as it is known locally.   The origin of its name is not too clear. Some think it derives from the Latin mons albus referring to the snow covered mountains surrounding the town.   Others believe it comes from the Arabic al bana meaning ‘excellent site’.   Whatever the origin the town is another little gem off the beaten tourist track and well worth a visit.

Montalbano Elicona has entered into the exclusive club of 90 Borghi più Belli and is ready to show the world why it has been chosen.

At 920 mts above sea level in the heart of the Nebrodi range of mountains, it can be reached by turning off the Palermo-Messina motorway at Falcone.   From there you follow a country road up to Montalbano just under 20 kms away.   On a clear day whichever way you turn your head there are many wow factors.   To one side is the sea with a good selection of the Aeolian Islands visible and to the other side is Mount Etna in all its glory, snowcapped and puffing away if it is not actually erupting.

Dominating the town is the medieval castle of Federico II of Aragon. Once a fortress, Federico converted it into a summer residence fitting 18 large picture windows to capture the views and sunshine, all around the perimeter walls.   Today there is an interesting armory museum inside.

The town itself has many narrow streets and alleyways to wander around.   Whilst doing so stop and taste some of the local products to be found here.  Curious provola cheeses in the shape of animals, which would look good on top of the cabinet, are certainly a pity to actually eat. 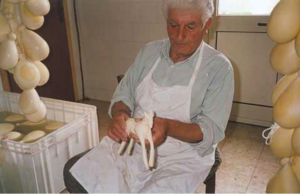 Freshly baked biscuits from the bakers. Homemade maccheroni pasta, painstakingly made one-by-one and deftly rolled round a reed (la busa) to keep the hole through the middle. Not a good idea if you are in a hurry but certainly therapeutic and fun to make at least once in a lifetime.   A dish of maccheroni with pork ragù – only from the indigenous black pigs of this area – and a generous grating of ricotta infornata on top (fresh salted ricotta baked in the oven), all washed down with a good local red wine, is a popular Sunday meal in these parts.

Montalbano is also famous for its live Christmas nativity re-enactment, Il Presepe Vivente. Held on the 26th and 30th December and 6th January in the oldest part of town called Serro, everyone in the town from 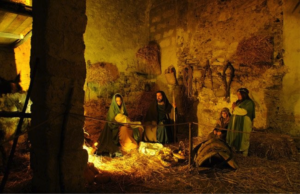 the oldest to the youngest inhabitant, and recent immigrants who have settled here, are included in this ancient tradition.

Not far from Montalbano in the Natural Reserve of Bosco di Malabotta (1,200 mts. a.s.l) is the mysterious area of Argimusco, otherwise known as the Stonehenge of Sicily.   Monumental menhirs and dolmens, swept smooth by the winds and rain through the 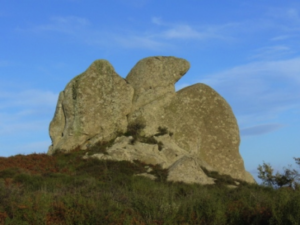 millennia, are spread over the hilltop.   Some appear to be in the shape of animals and some seem to have sculpted humanoid features. The whole area has a mystical aura.

As well as being an open air observatory where astronomers have studied the stars from the beginning of time, sacred rituals were also performed here. Not surprisingly, as Mt. Etna spitting fire one side and Stromboli out to sea the other, must have seemed forbidding signs from the gods.

And if you want more there are many nature walking trails through the woods of Malabotta.   The festival of the patron saint Maria Santissima della Provvidenza is on 24th August every year.

Incidentally, our favourite detective Inspector Montalbano (the actor Luca Zingaretti) has been given honorary citizenship of the town.