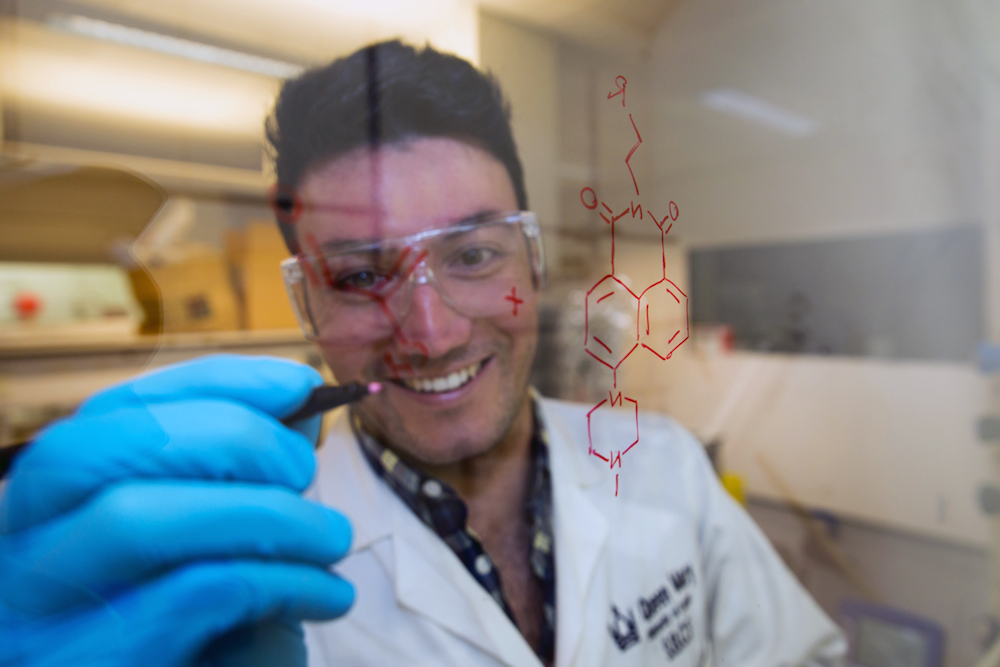 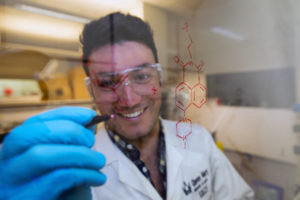 Mr. Gabriele Saito, 30, from Palermo, Sicily, is attending Parliament to present his science to a range of politicians and a panel of expert judges, as part of SET for Britain on Monday 9th March.

Gabriele’s poster on research about the development of substances that will enhance the delivery of treatments through patients’ skin will be judged against dozens of other biologists’ research in the only national competition of its kind.

Gabriele, a PhD student at Queen Mary, University of London, was shortlisted from hundreds of applicants to appear in Parliament. 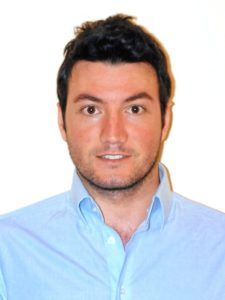 On presenting his science in Parliament, he said, “Science is not just about achieving good results in the lab, it is also about helping people understand the progress we are making and the impact this will have on our lives. At SET for Britain I will have the opportunity to present my research to a broader audience than usual. This will be a challenging and inspirational moment for me and many other young researchers.”

Andrew Miller MP, Chairman of the Parliamentary and Scientific Committee, said, “This annual competition is an important date in the parliamentary calendar because it gives MPs an opportunity to speak to a wide range of the country’s best young researchers.

“These early career engineers, mathematicians and scientists are the architects of our future and SET for Britain is politicians’ best opportunity to meet them and understand their work.”

Gabriele’s research has been entered into the Biological and Biomedical Sciences session of the competition, which will end in a gold, silver and bronze prize-giving ceremony.

Judged by leading academics, the gold medalist receives £3,000, while silver and bronze receive £2,000 and £1,000 respectively.

Dr Mark Downs, chief executive of the Society of Biology, said: “Scientists and politicians both have major roles in addressing some of society’s biggest challenges, from climate change to food security. SET for Britain is a rare opportunity for politicians to meet some of our most promising young scientists and understand their work.

“It is important that MPs make policy decisions informed by evidence, and a greater mutual understanding between MPs and scientists will improve this. This is a message that is even more important just ahead of a General Election. The next Government needs to ensure the UK continues to lead the world in biological research where we have enormous strength”.

Each session will result in the reward of Bronze, Silver and Gold certificates.  Bronze winners will receive a £1,000 prize; Silver, £2,000; and Gold, £3,000.  There will also be an overall winner from the four sessions who will receive the Westminster Wharton Medal.

The event is made possible this year by the prize sponsors, who are INEOS, Institute of Biomedical Science, Wiley, BP, Essar, WMG, Clay Mathematics Institute, and the Bank of England.

The competition is open to early stage or early career researchers, which includes university research students, postgraduates, research assistants, postdocs, research fellows, newly-appointed lecturers, part-time and mature students, returners, those people embarking on a second career, and their equivalent in national, public sector and industrial laboratories, and appropriate final year undergraduate and MSc students, all of whom are engaged in scientific, engineering, technological or medical research.