Palermo vs Lazio 5-1 it’s not just about football, it’s much more than that 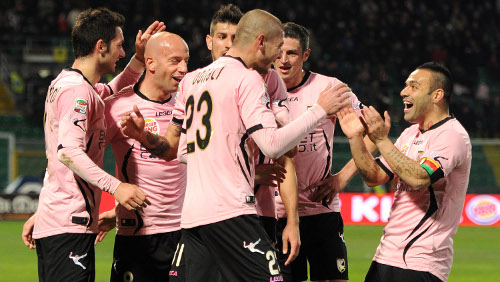 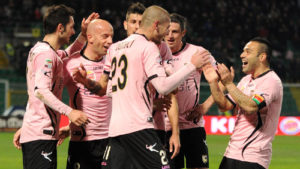 I could write about yesterday’s football match, about the outstanding performance of my team and the happiness of the supporters last night when Palermo scored 5 fantastic goals against Lazio, one of the top teams of the current Serie A league.

I could rate each one of the “rosanero” players and the coach, I could summirize some of the  known and expected statements of the Persident of the Club, Mr. Zamparini, I could spend hours talking about Miccoli our great little Captain and his special feelings for Palermo and its inhabitants, but that’s not the point I want to make today; I’m sure you’ve read and you’ve seen enough of the above through different websites, youtube, etc etc.

I just want to share with all of you something I really, truly and strongly believe in: the importance of such results for the whole city of  Palermo,  and the “extended” benefits that could come with that. The better Palermo performs, the more Palermo achieves important results (and by the way the same applies for Catania and on a smaller scale for all other Sicilian football teams!) the better it is for the city itself and for the whole Sicily.

We Sicilians (in Sicily and wherever we are around the world) do have an opportunity to contribute, through football, the most popular sport in our country and in many parts of the world, to improve the image of our beautiful island! So let’s keep supporting our teams giving the best example of “real supporters”, respecting always our team, the opponents, referees and their assisstants, let’s show all around the world, what Sicily really is and what Sicilians are capable of …

I wish Palermo and Catania would play in Europe next year (and Trapani, Siracusa, Messina, etc etc to win their respective leagues) and to show Europe good football, excellent supporters, and the best of our Island to all guests supporters who will come to visit Sicily.
I LOVE PA, I LOVE SICILY.

Massimiliano Di Domenico
Born and raised in Palermo, immediately after graduating in statistics, the desire to fulfill myself professionally led me to abandon my beautiful land to begin work on a new adventure.