Palermo in Palermo, The Sound of Rivers 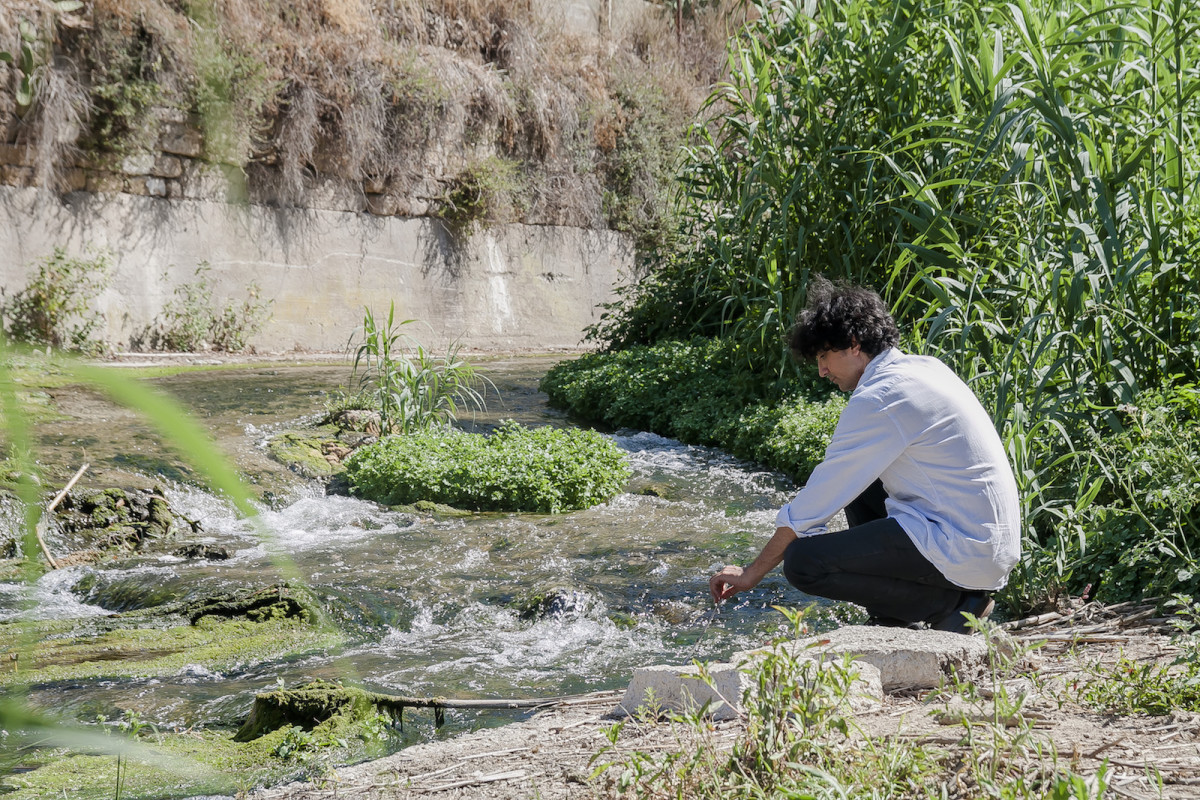 “Palermo in Palermo, The Sound of Rivers”

In the heart of Palermo historical city centre, within the Arab-Norman Unesco’s path, one of the biggest installations ever created. 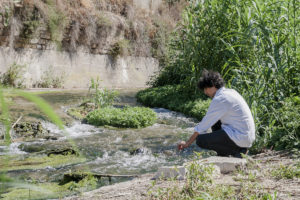 It is “Palermo in Palermo, The Sound of Rivers” by Alessandro Librio (Erice 1984), one of the biggest urban sound installations ever created, a tribute to his adopted city,  curated by Giusi Diana, promoted by Palermo City Arts Office, in collaboration with City Library and Palermo Archive, and produced by Nero’, with support from Fam Fabbriche Chiaramontane, N38E13 and Curva Minore.

Sunday 3rd September, from 5.00 am for 24 hours in a row,  Palermo is going to be awakened by the sound of its two old rivers, the Kemonia and the Papireto:  through a urban sound installation that flows within the hearth of Palermo historical city centre, along the Unesco’s Arab-Norman path; Librio digs deep into the roots of his city, and returns the sound of the underground buried rivers. The city’s fluvial voice will come to light, to his home once more, and meet the modern day urban network that stands today above the natural riverbed. He will bring back to all citizens and to the audience the same 16th century urban soundscape of Palermo, when the two rivers disappeared from the surface.

“Like an archaeological excavation in the city’s geologic memory, poetically combining environmental themes and aiming to educate the public of both the sound and the visual landscape.” Says curator Giusi Diana.

An evocative sound art work, one of the biggest urban sound installation ever created, which combines a unique public art project, environmental and ecological themes, offering a special focus through an historical documentary and art exhibition that will run until October 27th across two venues: the Municipal Historical Archive of Palermo and the recently refurbished Church of Saints Crispin and Crispinian (16th century), within the historical complex of the City Library, both buildings located where the ancient Kemonia’s riverbed once laid.

In a provocative conversation between elements, this sites will host the collections and related artworks of Librio: site-specific installations, videos, a set of photographs shot at the river mouths and some visual artworks on canvas.

The exhibition hosted at the Municipal Historical Archive will reflect the significance of some 18th century  paintings conserved in the building: the ‘Quadroni of Waters’ by Giovan Battista Cascione (1729-1790), royal architect of the Palermo’s senate, coming from the Palazzo di Città and showing the Gabriele and Uscibene streams among other rivers, and “The Ancient Palermo’s Map”, by cartographer Domenico Campolo, conserved at the Sala Almeyda and showing the original medieval route of rivers Kemonia and Papireto crossing the city of Palermo, piece commissioned by the Senate of Palermo after the 1726 heart quake.

As declared by the Palermo City Major Leoluca Orlando “The same year when Palermo is elected Italian Youth Capital, and anticipating the 2018’s Capital of Culture, Librio’s project reclaims the historical memory of two rivers once crossing the city with an evocative and massive sound-art work that converts the Sicilian capital in a widespread experiential exhibition centre, retrieving a city centre urban route, which is the heart of the Arab-Norman path”.

Moreover, the City Councillor of Culture Andrea Cusumano states “the Municipal Historical Archive and the Casa Professa City Library will host two exhibitions linked to the project that the artist, based in Palermo, has developed in the past few years, and particularly the 17th century Church of Saints Crispin and Crispinian, recently refurbished, is going to be returned again to the city as a venue for the cultural event”.

“Palermo in Palermo, The Sound of Rivers” is the second chapter of the “Palermo Sound Trilogy” by Alessandro Librio, started by the artist in 2011, at the 54th International Art Exhibition of “Venice Biennale”, with the sound installation “Palermo in Venice”, where the Sicilian capital’s environmental soundscape, portrayed by overwhelming traffic noise, was poured over the quiet streets of Venice for 24 hours in real-time. This served to completely bemuse passers-by, as citizens in each city had long grown accustomed to getting around their respective cities in totally contrasting ways.

Is a work in progress the third act of the trilogy, which will engage with the overseas city of New York  “The amalgamation of urban soundscape, formerly experimented with in Venice, will occur again during the third and last act of the trilogy, “Palermo in New York”, scheduled for 2018, where sound becomes words and vice versa. Venice had its focus on the urban soundscape – car traffic – and Palermo’s on the natural sound of the two underground rivers, New York would be on the anthropic landscape; I will bring the sound of the historical markets of the Sicilian city in the Big Apple”, says Alessandro Librio.

The several phase of the “Trilogy” will be also presented within the exhibition itinerary through a site-specific version of the sound installation “Palermo in Venice”, staged into the Church of Saints Crispin and Crispinian.

Palermo in Palermo, The Sound of Rivers

City Library and the Palermo Archive

Sunday 3rd September from 5.00 am for 24 hours Palermo, City Centre

The exhibitions will be opened until 27th October