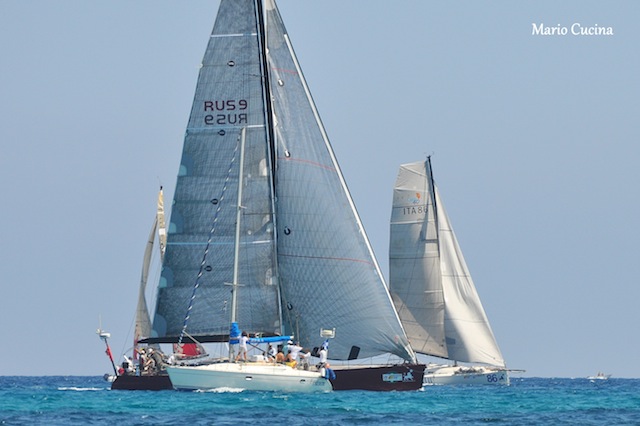 On August 18, Palermo, Sicily hosted the 8 th edition of the Palermo-Montecarlo Regatta. Esimit’s Europa 2, member of the Yacht Club of Monaco, was an overwhelming favorite to win this grueling 500 nautical mile race. The ship, owned by Igor Simic, was captained by its skipper,Olympic champion Jochen Schuemann.

The Esimit team won the previous two events and was chasing its own record of 48 hours 52 minutes this time. Europa 2 won this latest edition too, however, the time of 60 hours failed to approach the record.

This edition, featured a Cookson Lauria team that posed a serious challenge to the favorite. Team Lauria led the race until the final 20 miles. Eventually, the 100 foot Esimit beat the 50 foot Palermitan Team Lauria boat by 15 minutes.

Despite the fact that Esimit captured Line Honors,the most exciting development was that skipper Marco Bruni’s team Lauria pushed Esimit to its limits.