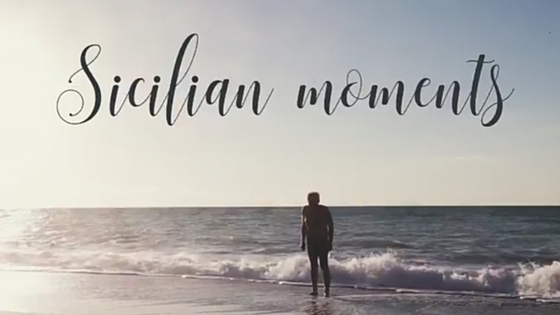 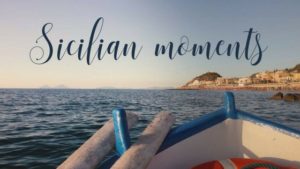 Sicily is always a surprising font of creativity, it has inspired many writers, film makers and artists through out the years.
Calogero Ricciardello is a talented Sicilian video maker who has worked extensively in Europe and Australia over the past decade. Despite working all over the world he has never forgotten his native island and his new project is dedicated to creating a series of loving portraits of this enigmatic place. Sicilian Moments are a new series of short documentaries which reflect to every day life and culture in Sicily. 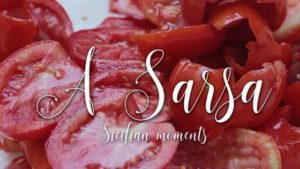 In a recent interview Calogero talks about his new project and how he intends to reflect intimate pieces of Sicilian life.

1. Tell us a little about yourself and Sicilian Moments. What is Sicilian Moments?
Talking about Sicilian moments is like sharing a piece of myself, of my roots, of my childhood and the connections I have with this land.
My story is similar to many other stories. Tales of departures, sacrifices, hope. You leave Sicily for many reasons but then you always return. This place becomes a part of you, and you can never really forget it very easily: when you find yourself living else where, you find yourself always thinking about it. It’s a common feeling many Sicilians have when they no longer live in Sicily.
Sicilian moments is a project which will shorten this emotional distance, which will allow everyone to get closer to Sicilian culture, through the tale of its traditions and habits.

2.What is the inspiration behind this project?
To show my homeland, always through strong and deep emotions. To enter in contact with the people, the way of life and the musicality of our dialect, all of this makes me feel like a part of something. Something which I still don’t know or completely understand but I am trying to trace and show it through these small ‘moments’. 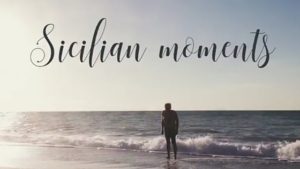 3. Why Sicily and the Nebrodi region in particular?
The Nebrodi mountains were the landscape of my childhood. I grew up surrounded by the green of the mountains, in a small hamlet, where we children were left free to explore and know the countryside. Fortunately, there still weren’t any smartphones or internet.
I remember adventures on motor bikes, through the pine trees and country roads. Here nature is grand, powerful and therapeutic. You cannot help but feel happy when you find yourself in these places. Of course my relationship with the Nebrodi is more profound than the rest of Sicily, I know this area very well but my work will not focus on only here. Sicilian Moments is a project which is about all of Sicily.

4. What is you particular connection or relationship with Sicily?
A strong connection ties me to Sicily from birth, ever since my parents gave me this name. ‘Calogero’ has Greek origins but it is a typically Sicilian name. This name in itself defines a specific origin in to precise place. Being named like this means being one hundred percent Sicilian. 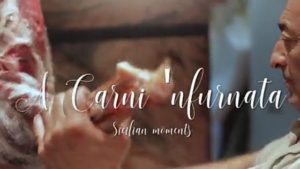 5. Is there a specific memory that you can’t wait to explore with a Sicilian Moments video?
There is no specific memory in particular, rather it is more a collection of sensations, smells and sounds I wish to explore in some way. My work isn’t forced, it’s spontaneous and I try to be authentic. Of course these short stories will be faithful to the seasons and so all the traditions, gestures and festivities associated with them.
6. Complete this phrase: For me the beauty of Sicily is …
The collective joy which is born out of a deep sense of belonging to this land.

7. Where can we hear more about your videos or become involved in this project?
There is already a Facebook page of the project, which is updated daily with new videos. Other than that I am still going ahead with a crowdfunding campaign to raise funds on the Produzioni del Basso web page, so anyone can make a small donation and contribute to make this project happen. 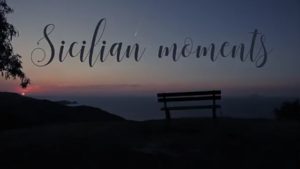 The main sponsor of the documentary series will be the Pistí group, an important producer of artisan Sicilian pastries and thanks to its owner business man Nino Marino who is a great supporter of the Nebrodi region. 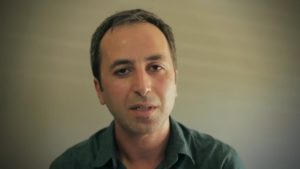 Calogero Ricciardello is a director of Sicilian origin. He graduated at the University of Bologna in Experimental Cinema and Documentary. He started his career as a camera operator and video editor for Italian television. He has worked extensively in Australia as a director and photography director in various documentaries and many video projects as well as a stringer for a news agency in Berlin. Now he lives in Bologna, Italy, where he continues his work as a director and video maker.