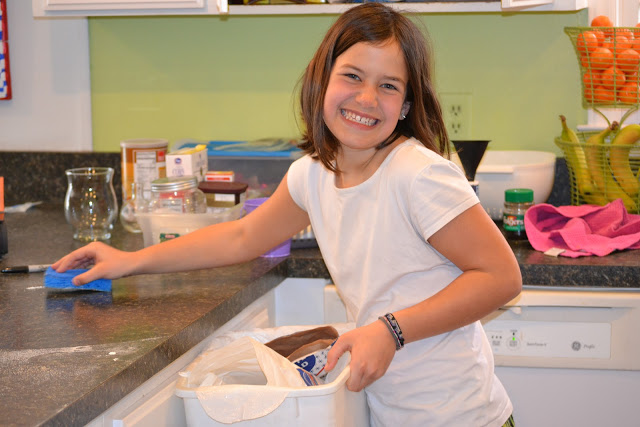 Knowing how to become motivated to get things done needs internalization of many skills, habits and values. In the past the method of teaching youngsters how to work and enjoy the fruits of their labor had been a function of good parenting. It is becoming a relic of the past.

The proper way to clean a window does not come with a manual. Usually it was learned by the parent assigning a child the chore. Instructions of how to do it correctly may have become before starting it although in most cases it came after with a blistering critique of the less than stellar results.

In the aftermath of cleaning a window a youngster would usually receive a politically incorrect critique of his failure to meet his parent’s expectation. The way to reach the level of quality might have been touched on but not clearly. It was up to the child to think the process through and then ask questions to fill in the gaps.

The child in training was supposed to correct his own work deficiencies. This did not come from asking unnecessary questions to waste time but the knowledge came from replaying in his mind the parent’s reaction to the job he did.

Parents expected a high level of competency not only with chores but during the child’s school years. The child was expected to complete his assignments in a timely and correct manner. It was not the teachers or parent’s responsibility to remind the child. The youngster was supposed to obediently learn the lesson in whatever way he could or else. The “or else” usually did not have to be administered as the child knew the parent’s word was golden.

Modern parents are too harried to follow up their commands. Children quickly learn they are paper tigers. They keep on expanding the limits becoming obnoxious negotiators until they are able to do what they want.

Instead of parents becoming indignant because the child will not obey their directions, they feel guilty. They realize they do not have the close family experience that they enjoyed as children. The parents compensate by being friends since they do not have the time and motivation to be in charge parents.

The guilt driven parents are more protective of their child’s feelings. When the child is having difficulty in school they immediately contact the teacher to see how they can assist their precious child. The child’s ability to solve the problem he is facing is not seriously considered. They do not believe the child can work through his own difficulties he is facing in school.

We are not setting obligations for children to do things around the house. Children are usually given a free pass. Even the inconsequential things a modern parent asks a child to do to contribute around the house have to be incentivized with dollar bills. The price is negotiated which usually goes well for the child and poorly for the parent. The child receives his “allowance” regardless of the quality or timeliness in which the task was done. Our children are being conditioned to be lazy at home and at school. They do only what they want when they want to do it.

Successful people in whatever endeavor they choose have the ability to get things done well and on time. Often they have to do things they do not want to do because it is part of the job or is necessary for the sake of the business.

The goal of being good at whatever a person does guides him to use his time wisely. Developing good time management skills is encouraged by the person to get the finished product completed well in the shortest time period. When this is achieved through trial and error these people become experts in what they have chosen to do.

When a person brings something to be completed to an expert they agree to a price and time to complete the project. The higher the number of people who want his services indicates he will do an excellent job in the specific time period. This is the reason this expression exists: “ When you want to get something done, bring it to a busy person.” It holds true today as it did in the past.

The pathetic reality is modern parents have forgotten their major legacy is their children. They are providing their children an affluent lifestyle but are not giving their child the ability to carry on their work ethic. Low parental expectations at home and at school are resulting in too many weak and lazy people who are not productive in their lives.

It is time for parents and grandparents to aggressively insist that children and grandchildren do better and do more. They need to hold these loved ones to a standard no lower than the one they had. Anyone who becomes good in any profession has to continually push himself to reach the top. It starts at home.