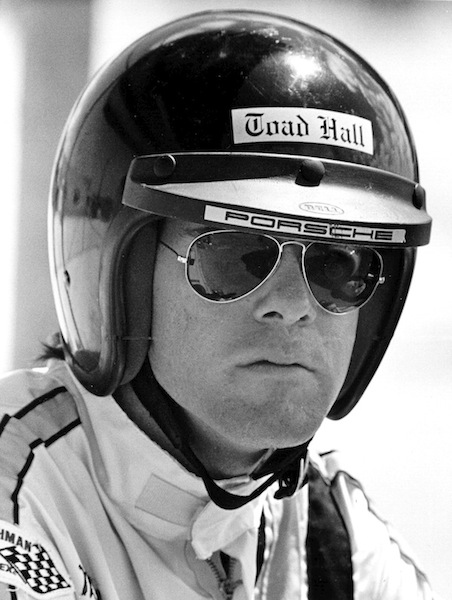 My relationship with the Cefalù-based  racing shoe-maker, Ciccio Liberto, has connected me with other racing professionals and aficionados throughout the globe.

The one closest to me (geographically and personally) is Michael Keyser, an author, filmmaker, race-sport marketing guru and former Porsche racecar driver who resides in Baltimore County.   His company, Autosports Marketing, Ltd., stocks and sells books, posters and DVD’s, curating still and moving images of some of racing’s finest moments.

As a writer, Michael has put together a collection of books that is photographically stunning, including Behind Le Mans and Evolution of the Porsche 911 in Competition.   His latest publication, Racing Demons – Porsche and the Targa Florio is the latest example of his wit, passion and creativity.  Combining two of my personal passions, Porsche and Sicily, Racing Demons already has a spot on my living room coffee table.

I met Michael Keyser and his right-hand man, David Glasgow, on a Friday afternoon in September to interview him regarding Racing Demons.  The conversation started by Michael saying, “Well, wadda ya want to know?” and quickly following with, “If I were doing an interview, I’d be recording it”, questionably glancing at my hot-pink clipboard and pigeon scratch trying to document the flowing conversation.

As a former racer, Michael engaged us with stories of his road and circuit-racing years, sharing interesting accounts of his fellow drivers in the 1970’s, including the rivalries, the post-race parties and the women.   As he was speaking, I was envisioning scenes from Ron Howard’s newly-released movie Rush, and unfortunately not catching the names cascading from his mouth (because I didn’t have a recorder, ah-ha!).

As the focus turned back to the book, Michael spoke about the collaboration with his two co-authors, both of whom reside in countries other than his own.   Mark Koense, from Holland, wrote endless details about the Targa Florio race and edited the 325 page book; while Enzo Manzo, from Palermo, provided a wealth of knowledge and photographs as the creator and master-mind of the Targapedia.com website.  Michael also worked very closely with Jens Torner from Porsche in Stuttgart, Germany, who provided historical photos never-before-seen from Porsche’s archives.

Switching to my other hat, Technology Curriculum Specialist at Notre Dame Preparatory School, I was very curious how three writers and many other contributors work using 21st century technology to collaborate on a project of this magnitude.  “Did you speak a lot on Skype and share files using cloud-based services?” I eagerly asked, hoping that all of the tools I teach my students about communication, collaboration and creativity would be valuable in the “real world”.   “Well, we picked up the telephone a lot”, Michael responded.  Sigh.

However, when I brought Racing Demons to my school, a co-worker named Vincenzo Maranto stopped by my office.  “Vinny” came to America from the town of Cefalù, Sicily when he was in his 20’s, forty-odd years ago.   The cover alone sparked a longing in his eyes and he proceeded to tell me how his Boy Scout troop would sleep in tents overnight along the mountainous course when the Targa Florio would run.

Each and every Sicilian, then and now, has a cultural bond to the Targa Florio race.  The race itself has even achieved a UNESCO Intangible Cultural Heritage designation.  With that bond, the writers of Racing Demons have collected and published images from the photo albums of many local Sicilians, who willingly and carefully removed the pictures from the bookcases in their homes and dusted them off for this book – for all lovers of Porsche and racing to enjoy.

Racing Demons is one of the most visually pleasing motorsport publications I have ever seen.   There are over 500 photographs, both black and white and color, which combine not only the panoramic views of the Sicilian villages and the Madonie Mountains, but also the evolution of the Porsche models from the 1950’s – 1970’s.   As a lover of Porsche and a lover of Sicily, my dream book has finally been printed.

The book may be purchased through Michael Keyser’s website, http://www.autosportsltd.com/ or locally in Sicily at the store of Ciccio Liberto, on Lungomare in  Cefalù, Sicily (0921422925).