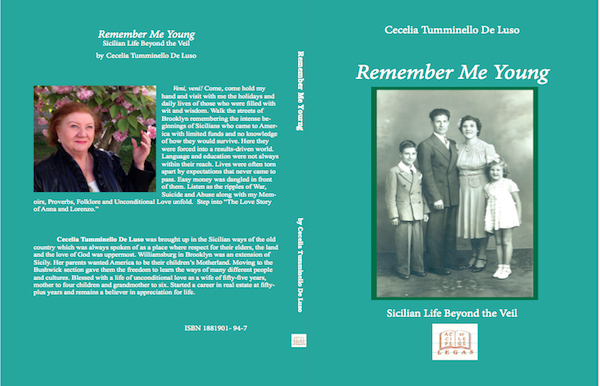 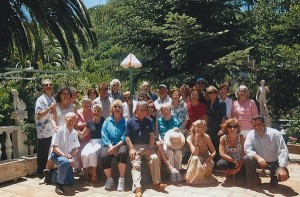 Was it the earth shaking under my feet or was it my knees? The anticipation had now become reality. Childhood stories swirled in my mind. Feast for the senses was repeated by all that came from Sicily. I am a great believer in the proverb “Quannu lu piru è fattu, cari sulu,” When the pear is ripe it will fall by itself. And it did. It took me until June, 2009 to arrive in Sicily. My spirit soared at the thought that I stood on the largest island, Sicily, in the Mediterranean Sea. It was the motherland of my parents and grandparents.

My daughter Carolyn and I joined the 15th annual Sicily tour with Arba Sicula/Sicilian Dawn. It is an international organization that promotes the language and culture of Sicily, led by Professor Gaetano Cipolla. His vast knowledge of Sicily brought us to places that felt intimate and others that allowed us to see for ourselves the influences of the original Italic people, Greeks, Romans, Byzantines, Saracens, Spaniards, French and so many more. Visiting the Temple of Segesta we noticed the golden stone columns, some fluted, some not. Were they tumbled in anger or merely abandoned?

The earth beneath my feet felt as though it had been trampled on by so many, it was parched and crumbling. Vision and memory blurred as we continued viewing churches. The craftsmanship of the church’s exteriors and their interior altars was dizzying. How much time and talent was used to bring about such beauty. At the Mandralisca Museum we saw a valuable Renaissance painting prior to a general viewing. In Noto, the Baroque architecture of the balconies was impressive. Il Teatro Greco’s open air production of Edipo in Colono with live actors and animals at the foot of Mt. Etna whose ash was rising to heaven is my fondest memory. We enjoyed grand dinners and simple pizza. In Sicilian cuisine the many influences are very conspicuous from their pastries to the pasta sauces.

Sicily will forever be mentally, emotionally, and physically entrenched in my soul. With twenty-four wonderfully charming strangers we began our adventure. I went to Sicily without any expectations. My father loved America, but would say he still heard the “Siren of the Sea” calling all the Sicilians home. Many left the island for better economic times. They took their “Dono di Dio,” (gift from God) with them. Stone cutters, artist and fine craftsmen left with their talents as they assimilated into their new countries. If Sicily could talk, it would say, “Prima t’insignu e poi ti perdu,” first I teach you and then I lose you.

Each day was exhilarating and nostalgic. We had traveled from New York to Rome and then to Palermo where we began our days of travel. Sicily was as if I was looking at life through a kaleidoscope, it was always changing… Again I say, “Ah! Sicilia Bedda.”

Cecelia Tumminello De Luso’s delightful book Remember Me Young: Sicilian Life Beyond the Veil, can be purchased on Amazon 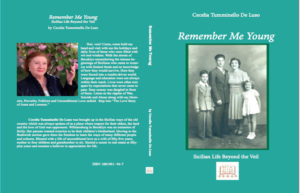