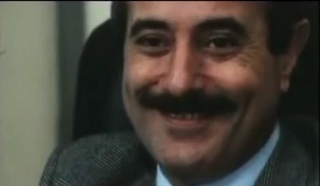 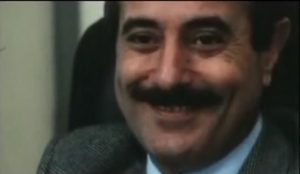 On the 23rd May 1992, twenty one years ago, Giovanni Falcone, the prosecuting magistrate of the Pizza Connection Mafia trial, was blown up in his car, by Mafia hit men, along the airport highway. He had arrived from Rome with his wife, also a magistrate, for the weekend. They were both killed together with his bodyguards following behind in a separate car. The assassination was supposedly a payback for all the Mafia criminals Falcone had put behind bars, but as with all things Italian, there may have been more to it than just that.

To mark the anniversary, yesterday two ships load of young people arrived in Palermo from all over mainland Italy to join Sicilians in paying tribute to the memory of Falcone as one of the courageous opponents of the Mafia. Sadly, two months after Falcone’s death another brave judge, Paolo Borsellino, was also blown up underneath his mother’s house. Last year a garden of remembrance to 200 victims of the Mafia was created in reclaimed property in Ciaculli, on the outskirts of Palermo, belonging to Michele Greco, one of the big Mafia bosses, now in prison for life.

Along the motorway, between Falcone/Borsellino airport and the city, there is a monument on the actual site of the explosion underneath which, last year, state police exhibited the mangled car, now inside a glass case, of the police bodyguards killed in the assassination attack.

The Mafia is a human phenomenon and thus, like all human phenomena, it has a beginning and an evolution, and will also have an end. -Giovanni Falcone