Saint Rita, The Saint Of The Impossible And The Rite Of The Roses 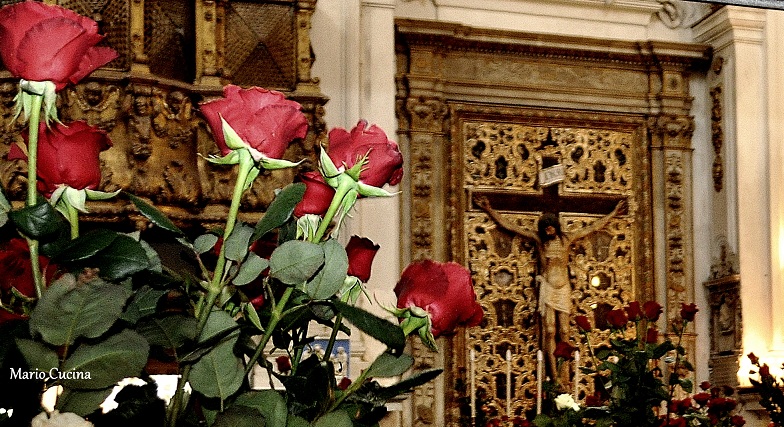 In the beautiful St. Augustine Church and convent located in the “Capo” district of Palermo, still performed is a centuries-old rite dedicated to Saint Rita. Here, devotees flock to witness the Rite of the Rose in the church locals have dubbed as “Santa Rita’s church”. Due to the performance of miracles for even the most desperate cases, Saint Rita became known as the Saint of the Impossible.

Her devotees continue to mark the day of her death (May 22, 1457) through a pilgrimage to Palermo to celebrate the feast day of Saint Rita on May 22nd. As part of such, the procession culminates in a moving benediction of the roses that are carefully preserved  in the homes of the faithful, so that they can protect the family from all evil. The rose itself was chosen as a representation of holiness by the same saint.

According to legend, Saint Rita bedridden for nearly four years was visited by a dear relative who, in parting, asked if she wanted something from her home. In response, it is claimed that Saint Rita requested a rose from her own yard. Given the fact that it was the month of January, this should have been a nearly impossible request to fill; however, to the relative’s utmost surprise, a beautiful, fresh pink rose was found amid the rose-tree orchard.

With great care, the rose was brought to Saint Rita who after smelling it, thanked the crucifix and gave it to her fellow sisters as a means of expressing her kindness and gratitude to those who cared for her during her illness. With her passing, Saint Rita became a petal of the “pure rose”. The cult of Saint Rita spread in Palermo in 1922.