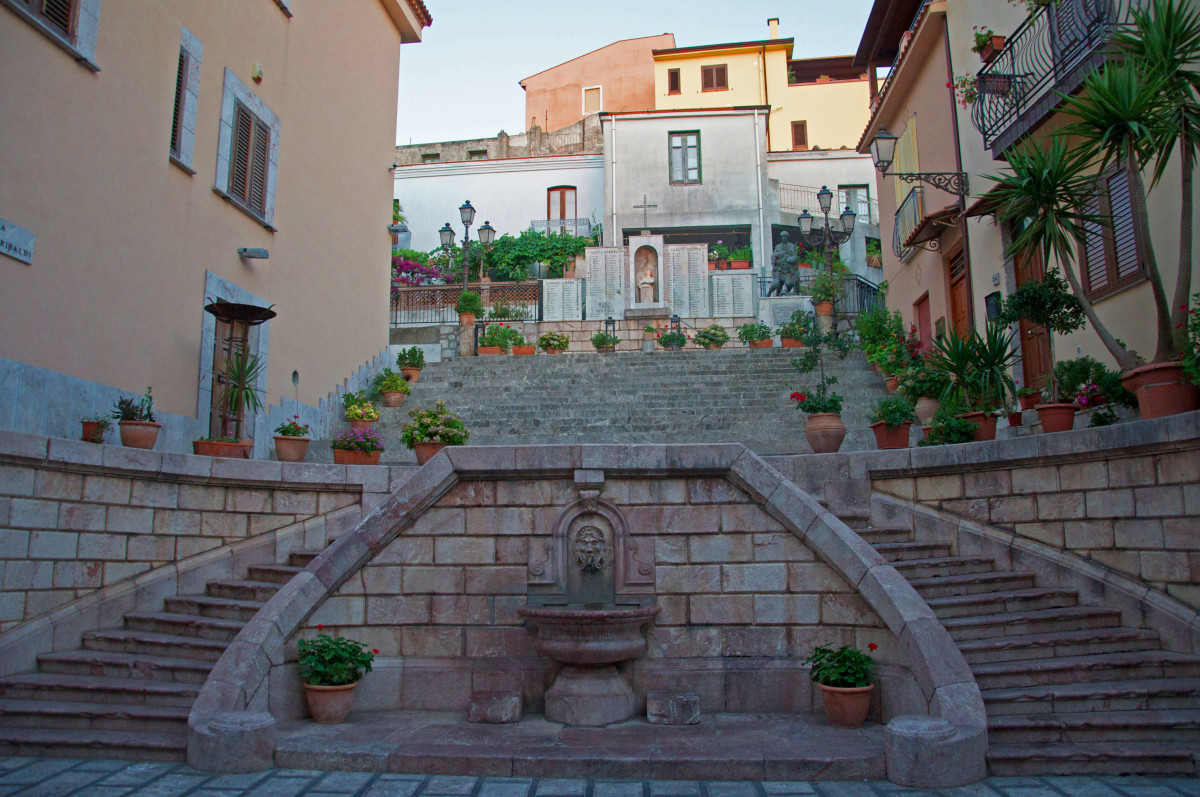 A curious itsy-bitsy Sicilian town once attracted my attention while travelling on the train from Palermo to Messina. I blinked my eyes in amazement to witness a town literally squatting on the top of a mountain.

San Marco d’Alunzio is on the outskirts of the province of Messina and instinctively balances itself on Monte Castro some five hundred and forty meters above sea level as if it is the most natural thing in the world. The houses, buildings and lives of the Sanmmarcoti cover the promontory with their pride, history and tenacity

Founded in the fourth century B.C during the Greek period in Sicily, San Marco has a rich history as a prosperous agricultural and economic centre in the area. Strategically speaking it was in a perfect position both as a defensive point which found the town being jostled between the various conquerors of Sicily, from the Romans to Byzantines and the Arabs. 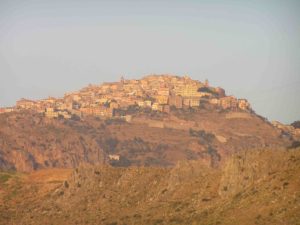 Another amazing aspect of this town is how many churches are packed into this small place. There is a joke which says there are more churches than people at San Marco. Looking in at the Commune of San Marco d’Alunzio you will find the churches of Santissimo Salvatore (which only partially survives), the parish church of San Nicola di Bari, the church of the Aracoeli built in the sumptuous rose coloured local marble, the churches of San Antonio, San Agostino, San Basilio, Saint Mary of the poor, Casile, Jesus and Maria, All Saints, the church of the forty martyrs, San Giuseppe, San Giovanni and the convents of the Cappuccini and the Benedictines.

It is a testament to the Sammarchitani (as they are known in Sicilian) that they are able to maintain so many churches filled with precious art and decorations, they are quite a tourist attraction. 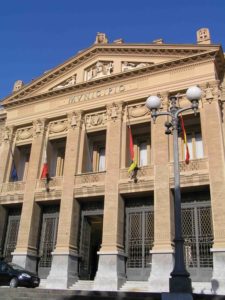 The rosé marble from San Marco is famous throughout Sicily and is used in many important monuments in the province of Messina, including the interior of the capital’s impressive town hall. San Marco’s own roads and squares are paved delicate marble details and suggestive cobblestones.

I once read in a curious little tourist guide that claimed the folks at San Marco are particularly well known for their politeness and always say hello and welcome everyone with particular warmth. What else can you ask for in a picturesque Sicilian town, loads of history, beauty and good manners, sounds marvellous doesn’t it.

So when you come to Sicily, as I know you will, don’t programme every moment give yourself time to walk, explore small towns and you will be surprised.