The sounds and surprises of San Piero Patti 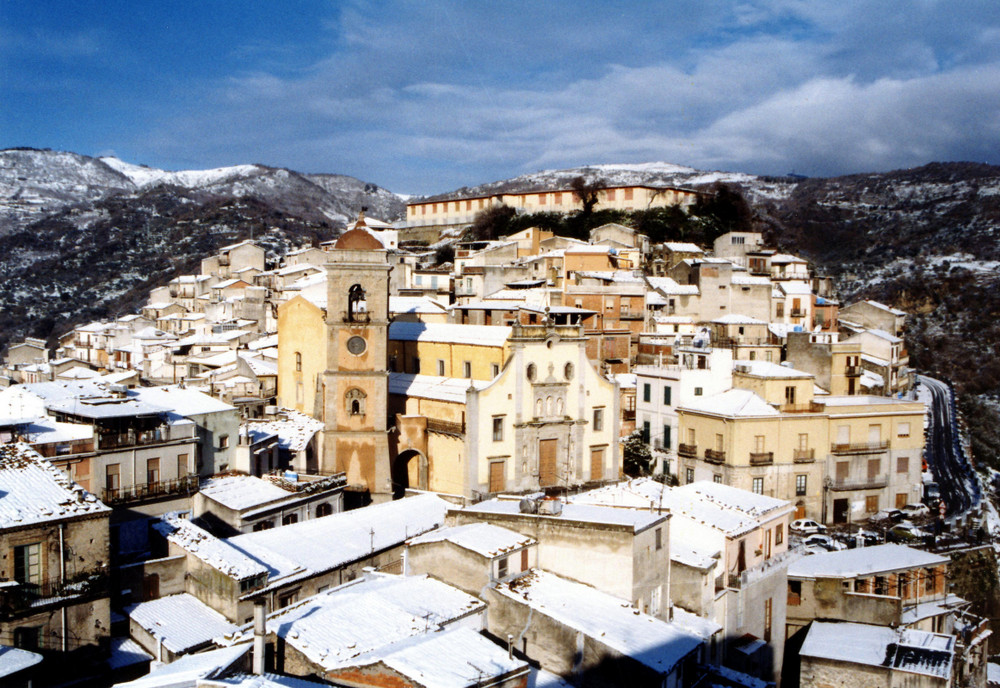 I have many distinct memories from my childhood linked to the unique community formed by Sicilian migrants in Australia. One of the most vivid is of visiting my grandfather’s cousins who lived up in the hills outside of Perth, WA (Lesmurdi to be precise). I remember feeling as if we were going on an adventure, out into the middle of no where. I can still see the image of those generous, vivacious people who spoke with a peculiar accent, if I close my eyes I can hear their laughter and energy.

My Nonno’s cousins spoke the dialect from their native San Piero Patti deep in the Nebrodi mountains of the Province of Messina. Even their children who were born and raised in Australia spoke with the same distinct accent. It’s difficult to explain, my uncle can do a hilarious imitation, they roll their tongues in a particular way and it sounds as if they are talking with their mouths filled with marbles. As compared to the usual double emphasis on the consonants so common here in Sicily, I think at San Piero Patti it’s more like a triple emphasis and they roll their ‘r’s’ well back into their throats.

I was so thrilled to make a pilgrimage to this tiny town deep in the Nebordi mountains in honour of my Nonno and his cousins a few years ago together with my mother. It’s quite a difficult place to get to, hidden away between the folds of the mountains. 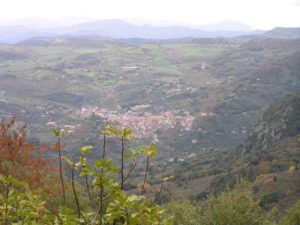 Like most small secluded Sicilian towns it is filled with many fascinating casual encounters. The main square seemed untouched by time with the usual group of elderly men so common to most towns in Sicily, casually sitting around talking, smoking and sipping endless espresso coffee. I fleetingly expected to bump into my Nonno’s cousin gossiping with so many of his countrymen, living beyond time and death in the homeland they left behind a lifetime ago.

On the other side of the square is the parish church which is unassuming but climbing into a tiny mouse hole opening cut into a larger front entrance door I discovered one of the most elaborate churches I’d ever seen.

Everything is covered in rich rose coloured San Marco marble and every inch was smothered either in elaborate marble decoration, gold details or sculpture. The magnificent centre piece is a massive crucifix complete with a life size Madonna statue morning the death of Christ. What stuck me is how the ‘Madonna Addolorata’ as she is known in Sicily is my height and emotively mourns her son by dressing in black. 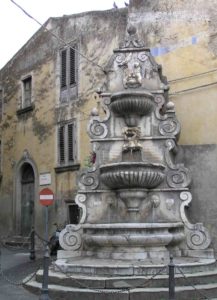 Shaking off my surprise out of the church I walk back through the piazza and stroll towards the main road to the parked car. I literally bump into an elaborate stone work fountain which seems like something from the Middle Ages.

I had a brief visit to San Piero Patti but I’m tempted to go again, to see the weeping Madonna in action while walking around the town in an Easter religious procession.

So when you come to Sicily, as I know you will, don’t programme every moment give yourself time to walk, explore small towns and you will be surprised.