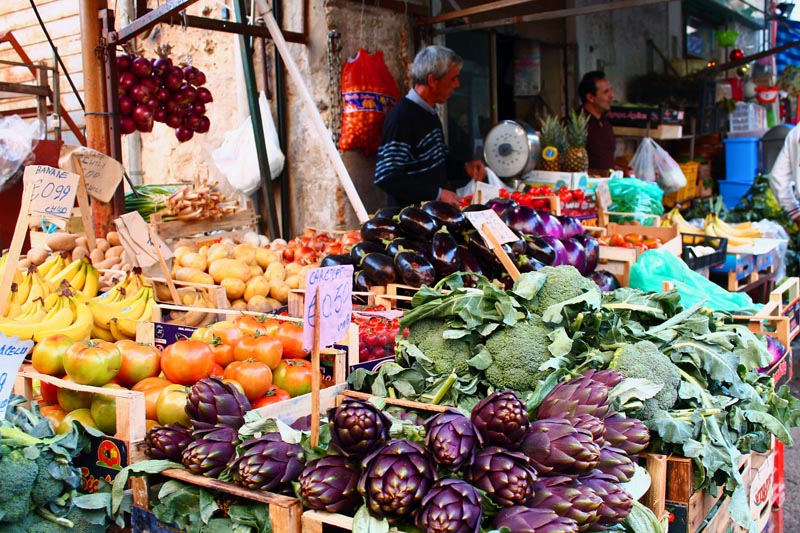 When I mentioned to the couple who sell fruit and vegetables from the “bancarella” where I buy my local spoils that I was writing an article about eating seasonal, local food, they looked at my as though I were slightly off my rocker. In many parts of the world this concept of supporting small local producers and buying only what is in season has become something fashionable, kind of like a new way of getting back to the “old days”. Here in Sicily, it’s simply the way of life.

In Australia where I am from, it’s not uncommon to see mangos in May and cherries in July. We pay insane prices for produce that travels 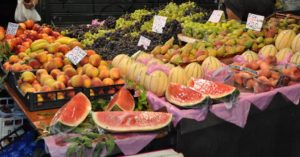 thousands of kilometres across our island continent to get to our stores, but in doing so we lose the simple joy involved in buying from the hands that lovingly grew the food you will eat for dinner tonight…from a farm not far away at all. Here in Sicily, the supermarkets that actually do sell fruits and vegetables, (most buy from markets and stalls close to home) do also support local producers – proudly advertising to shoppers the items that come from “chilometro zero” – literally within a kilometre of where they’re selling.

When I first moved to Italy it was springtime. You see, I love to eat. And cook. And talk about food. In a way it’s no wonder I ended up marrying an Italian. In these early heady days, I was not only falling in love with a man, but I was having an affair with the food, each and every time I would frequent our local “mercato”. (True to new loves enthusiasm, this tended to be several times a week!) Each visit there was some delicious new treat new that wasn’t there the day before and would be gone by next week. The deal was sealed in the first weeks of May, when it’s traditional to eat fresh fava beans with pecorino Romano. In Lazio there is a great specialization in the cultivation of beans with a high yield from crops. What a spectacular treat this combination is too, with a glass of cold white wine and the feeling of the impending summer in the air. At said market, all produce was labeled from which country it originated and which region if it came from Italy. Very often, the most tasty and wonderful produce came from Sicily.

…Imagine my delight when I find myself living on the island just a few years later.

Living this time away from the big cities, the connection to the local producers is even sweeter.

Never more does one worry about what to cook today – a trip to the market will soon cure any indecision or wondering as what is fresh today may not have even been available yesterday, and something delicious may be in it’s last days of the season so a gorge is in order. (Imagine my despair when my favourite farmer informed me this morning that their tomato season was almost finished!)

Not only are we supporting local business, but we are consuming food higher in nutritional value as it’s harvested when ready and not spending days in cold storage or transport containers prior to reaching the shelves. This is also reducing our carbon footprint as the shorter distance the produce has to travel reduces carbon emissions produced.

Aside from the environmental aspect, there’s something so delightful in knowing the faces of the families who produced your food. 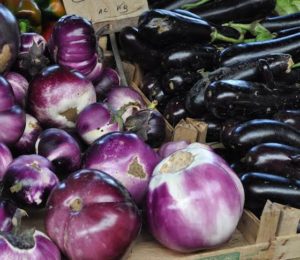 There’s soul in it. Sicilians are always quick with a recipe suggestion and will throw in extra homegrown “odore” (basil, parsley) in order to enhance the deliciousness. The entire plant is consumed in different ways thus less is wasted and the nutritional benefits from the entire plant is enjoyed. My favourite example of this is the humble pumpkin. At home, we eat the just the pumpkin itself. Here in Sicily, the leaves and young stems are steamed and drizzled with olive oil and lemon juice, the pumpkin made into risotto (among many other things) and the flowers stuffed with mozzarella and local anchovies and quickly fried. Nothing wasted, all spectacular.

As we eat what’s in season, we are respecting and harnessing the beautiful benefits of nature. On the hottest afternoons our thirsts are quenched by the juiciest of watermelons and during the coldest months the vitamin C from abundant citrus fruits boost our immune systems. There’s only one thing about seasonal eating in Sicily for which I suffer greatly, and that is the end of the fig season!

Therese Trombacco
Therese is an 80’s baby originating from a picturesque coastal town in Australia. Growing up with a family dedicated to healthy, sustainable living has ingrained a love for food, wine, cooking and all things health. A passion for travel was ignited on her first European jaunt at the age of 19 and she has barely stopped since. Therese has worked in both travel and food industries, allowing her to expand not only her knowledge and passion in the fields, but also to have experienced culinary delights all over the globe. Living with her husband and baby daughter in Sciacca, Therese believes she was Sicilian in a past life.