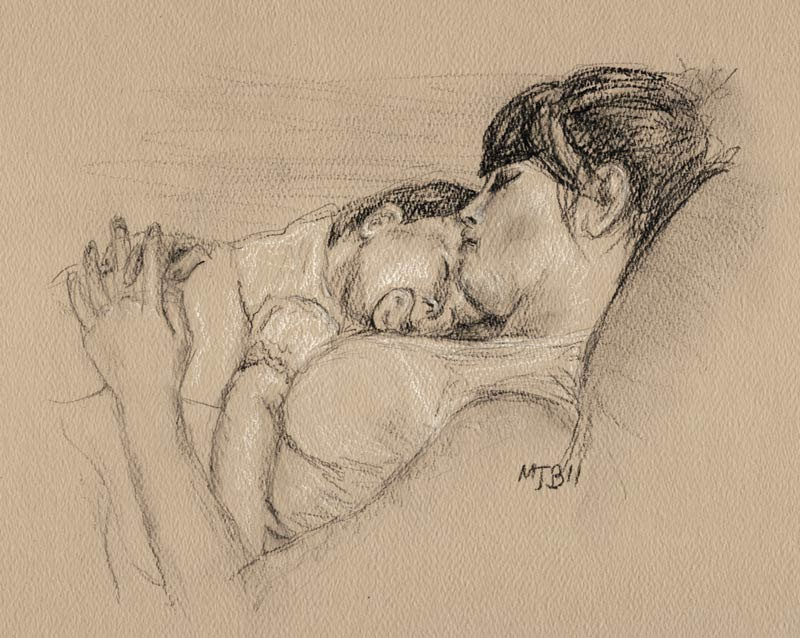 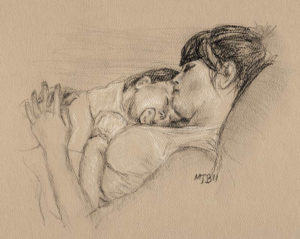 The first songs we hear, the first sounds are of our mothers’ voices, lulling us to sleep , coaxing us to close our eyes and dream. Even in adulthood, we are all still the children of our mothers and always shall be. Many times, I begin concerts with a lullaby, not just because they are the first songs we experience, regardless of our heritage, ethnicity or upbringing, but because they are so beautiful. The lullaby has the power to soothe and to move – what other song can make a grown man weep? Filled with sweet images, often of a child drifting off to sleep “ Durmi nicuzza cu l’ancilu to/Sleep sweet little one with your angel”, or dream-like pictures that could only exist in the mind ” Riposa l’aqua riposa lu vientu. Riposa la sirena/The water rests, the wind rests. The siren rests.” They are the perfect conduit to dream-land.

“Ue, beddu angelinu di lu core/ Beautiful little angel of my heart” They evoke a time when we and our mothers were each other’s worlds. Throughout history, Sicily was terrorized by pirates, always overrun with and fighting against invaders, suffered from crushing poverty and famine, yet at the end of the day, mothers held their children close, wrapped their arms about them, then rocked them gently while singing to them. Famine, war, poverty, danger and fear will have to wait…mothers are lulling their babies to sleep….

While currently writing a performance piece, I have been rereading and referencing the Odyssey, one of my favorite books. Opening to a random chapter, I was struck by a powerful image: it was of Athena assisting Odysseus as Poseidon is trying to harm him.

“ But Zeus’ daughter checked the course of all the winds but one, commanding them, “ Be quiet and go to sleep.” Then sent a long swell running under a norther to bear the prince Odysseus, back from danger, to join the Phaiakians, the people of the sea.” (1)

The image of the goddess Athena commanding the winds and calming the seas reminded me of the lullabies of Sicily. The parallels are obvious: Athena is considered a mother figure  and of course, there is that theory that the Odyssey was written by a Sicilian woman, Nausicaa who lived in Trapani. If the story is written from a feminine perspective, then  Athena’s protection and help to Odysseus, even meddling if you will, is quite natural. What mother wouldn’t do whatever within her capabilities to help her own child?

Yet it was this command to the seas and the wind that seemed so familiar. In many lullabies, there is the image of the seas and the winds resting as the child rests. Each entity somehow connected, somehow one. It is as if mothers and Athena understood what Joseph Murphy taught, “ Every thought is a cause…”

These lullabies…are they a mother’s wishful thinking, a desire to create a world of good for her child.. or are they something more ancient…perhaps an understanding of our connectedness in thought? Perhaps the assertion of the power to heal. Before the advent of Christ, people looked to the gods for power and it was a power separate from themselves. Once Christ walked the earth, it became understood that God is within us. Did he not demonstrate his power over nature? The power to calm the seas? Of course, mothers and mother figures have always embodied this knowledge.

The beauty of music, just as in the beauty of the written word remains unchanged: it is that ability to elevate our thoughts, to touch upon our tenderest emotions and to make us wonder. Mothers have for millennia moved mountains to secure peace and happiness for their children. That , too, remains unchanged.