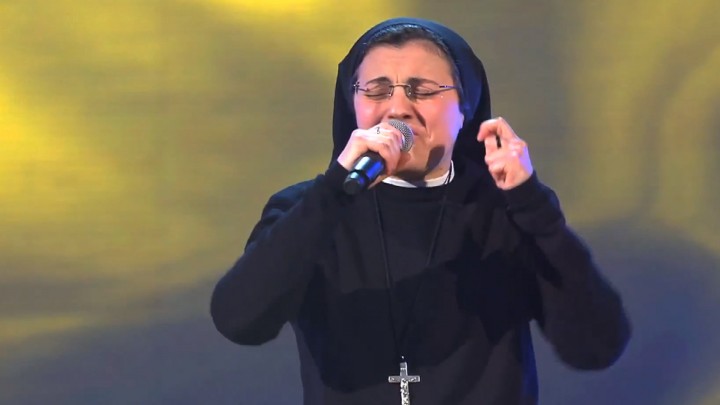 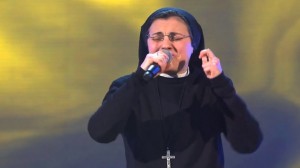 Sister Scuccia’s performance has over 13m views on YouTube.

Singing nuns are by no means a new phenomenon. Besides being represented by Whoopi Goldberg in the comedy classic Sister Act there have been some real life ones such as the Belgian Jeanine Deckers, who became famous in 1963 with the tune Dominique.

This week, in Italy, a 25-year-old nun from Comiso in Sicily made the headlines with her rendition of Alicia Keys’ No One. Sister Cristina Scuccia appeared on the Italian version of TV show The Voice on Wednesday, immediately winning the hearts of the judges and audience and becoming an instant star, with her video going viral on YouTube with over 13 million views.

When asked what she thought the Vatican would have to say about her performance, the Ursuline sister said: “I don’t know. I’m expecting a telephone call from Pope Francis, certainly. Because he exhorts us to go out, to evangelise, to say that God does not take from us but rather gives us more.”

It seems that she has nothing to worry about. The Vatican’s minister of culture, Cardinal Gianfranco Ravasi, tweeted: “Each one should use whatever gift he has received to serve others (1 Peter 4:10)”.

The judges on The Voice praised Scuccia’s “crazy energy” and “incredible” performance. The rapper Alessandro Aleotti, aka J-Ax, asked her if she sang in the church choir. To which she replied, “Yes, every Sunday.”

Dressed in flat black shoes, with glasses and a crucifix around her neck, Scuccia assured the judges that she was, in fact, “a very real nun” and not in fancy dress.

This was not her first taste of fame. Last year she won a Christian music competition as part of the Good News Festival. She told people she had found her vocation while playing a nun in a musical.