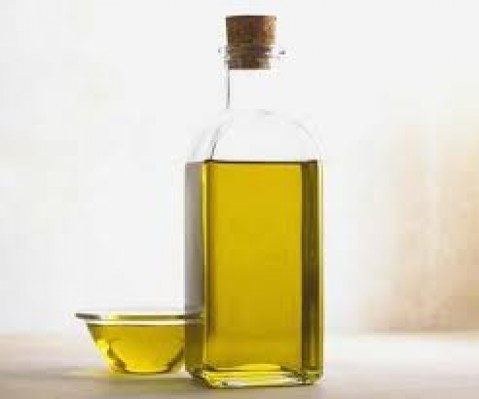 I nearly got run over after dropping my son off at school recently. As it turned out, the driver swerved in the nick of time, swore in Sicilian, and drove off. So essentially, nothing actually happened. Yet I was left in a state of utter agitation.

Instead of going straight home, I decided to drop in on a friend in the village, in order to let off steam by gibbering at her.

She was having breakfast sitting just inside her front door – which meant she was in the middle of her kitchen – having a shouted chat with the neighbor across the road, who happened to be sitting in her kitchen, drinking coffee. Despite both being in their separate homes, they were not fifteen feet from each other, having breakfast together.

“I knew something was wrong,” my friend said. “You’re so pale and wiped out. You’ve got worms. I could see it.”

“What did you say?” I asked, assuming I had misunderstood.

“You’ve got worms,” she repeated, slowly.

She laughed like a drain. “That’s what I mean,” she said. “In Sicilian, we say you’ve got worms if you’ve had a big scare and you can’t calm down afterwards. It feels as if you’ve got worms in your tummy, creeping around and keeping you agitated. I’ll do the prayer to heal the worms for you. It’s our thing, a kind of magic medicine.”

A prayer? To heal metaphorical worms? Of course, any English friend would have immediately offered me a strong cup of tea with three sugars in it. We English do have out own magical medicine for the treatment of shock, and it works a treat. But I was far from home.

I agreed, purely because I was curious to find out what this “prayer” would be like. My friend beckoned me into the house and solemly closed the door. The lady across the road gave an understanding look, and glanced at me encouragingly, as we shut her out. I was receiving medical treatment. Neighbours were not allowed to watch.

My self-appointed witch doctor poured some olive oil onto a plate and made me stand near it, by the table. She lifted up my top to expose my bare tummy, and told me to close my eyes and try to think only of the olive oil. Then she dipped her thumb into the oil, closed her eyes, and started to make a very tiny sign of the cross in the oil on my tummy, over and over again, while muttering a rhythmic poem too quietly for me to hear.

Maybe it was the rubbing, which was quite relaxing. Maybe her voice was very soothing. Maybe the prayer really did have power and maybe olive oil actually does have magical properties. But it worked. I actually felt perfectly calm at the end of it, serene even. The worms were gone.

She told me that the magic of the prayer can only be passed on to another person on Christmas Eve, at midnight. You teach the prayer to the person you have chosen to share it with, and they have to memorise it there and then. It must never be written down, and it must never be revealed to another person except in this way. If the person you have passed on the magic to casually reveals any part of the secret, not only do they lose the ability to do the magic, but so do you.

I spoke to my husband about this afterwards. He told me he once had sunstroke as a child. His mother frog-marched him off to an old woman who lived nearby, for “treatment”. The treatment for sunstroke involved having the plate of olive oil balanced on your head, and a piece of cotton wool soaked in it, then set alight. After saying an inaudible prayer, the woman clapped a cup over the cotton wool to put out the fire.

He said he did feel somewhat better after this ritual, but he suspected that was at least in part owing to relief that his hair had not been set alight. Also, his mother, never one to take chances, had subsequently stuffed him full of aspirin, water, sugar and salt solutions, an ice-pack on his head, orange juice, and any other potential treatment she could think of.

The Sicilians have a large list of ailments which they treat with olive oil, each one of which has a specific prayer to make it work. It does also have powerful properties even without the use of magic. Olive oil can completely cure pimples or even bad acne in a week or two, if you simply clean your face and then rub it all over your skin, several times a day. Strangely enough, this tends to dry the skin, so it is ideal for those prone to a greasy complexion.

Olives and their oil have been central to all Mediterranean and Middle Eastern cultures for many thousands of years. Olive oil is not only packed with nutritious substances, it is also literally impossible for bacteria to grow in it, so it became a central part of medicine in ancient times as it genuinely can disinfect septic wounds. Some oil was made specifically for medicinal purposes, and was pressed from bitter olives, which are either unripe, or wild ones which taste far too awful to eat. 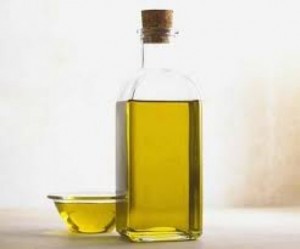 Its disinfecting qualities made it ideal for washing, in place of soap, and led to its use in ritual purifications. The precious oil was the mainstay of many economies, and such a source of wealth that it was used to anoint Kings. Oil that had gone rancid was never thrown away, but burnt in oil lamps to make light after the sun went down, and for this reason became part of many religious rituals performed in dark, gloomy temples. Olive oil is still the only oil allowed to be used in certain sacred rites in the Jewish, Christian and Muslim faiths.

Sicilians to this day consider olive oil as something precious and unique. Spilling olive oil is a terrible omen in Sicily, as people believe it means someone has cursed you with the evil eye. The only solution is to scatter some sea salt about – another substance produced in Sicily which was once very laborious to produce and extremely valuable.

Perhaps I had been privy to a prayer used for several thousands of years? I have a strong suspicion that the prayer my friend muttered, which she did tell me invokes the Christian God, may be very, very similar to a prayer used by the Ancient Sicilians, invoking a different, long-forgotten deity centuries ago.