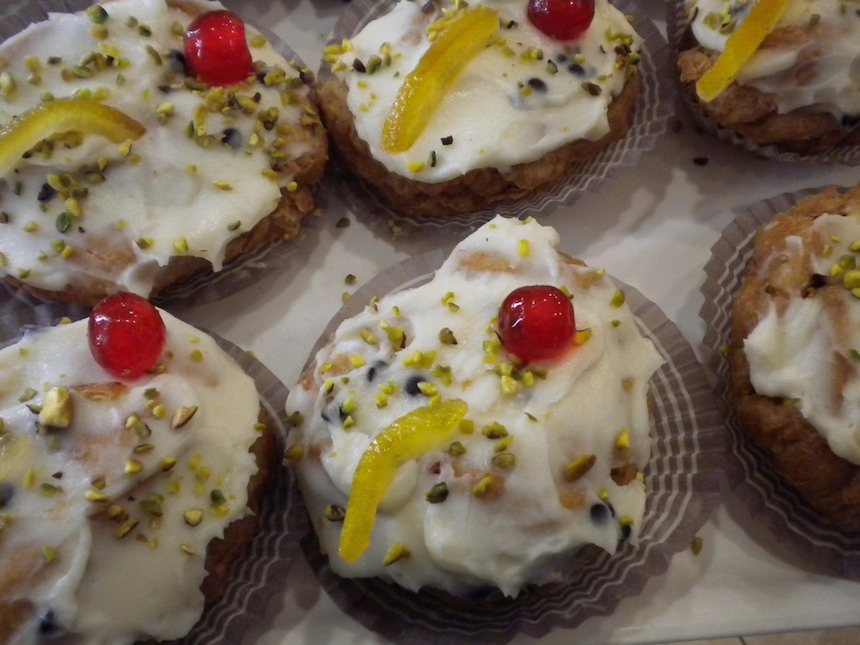 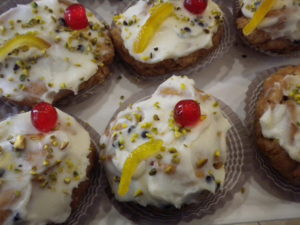 During this period, if you peek into a Sicilian woman’s kitchen, attracted by tempting aromas, you will certainly find someone mixing and frying then filling the delicious Sfince di San Giuseppe.

It is said that the tradition of preparing this pastry dates from as far back as ancient Roman times, when Saint Joseph fleeing to Egypt with Jesus and Mary sold fritters to sustain the family. Whether or not this story is true, these fried pastries are traditionally prepared for the Feast of St. Joseph on the 19th of March, considered the first festival of the Spring season, and also celebrated in Italy as Father’s Day.

The term sfincia is derived from the Latin word spongia and the Arab word isfang, both meaning sponge. This pastry in fact resembles a sponge for its softness and irregular shape. From its origins as a plain but tasty fritter, the sfincia became a richer pastry thanks to the ability of the nuns of the Stimmate Monestary of Palermo, which dedicated the sweet dainty to the Saint of the poor and humble.

The confectioners of Palermo elaborated the sfincia by adding a few typical Sicilian ingredients such as ricotta cream, ground pistachio, candied orange rind, and – why not? – a cherry on top. The result is a triumph of colours and flavors that certainly embraces the essence of the Palermo cuisine. The succulence of the ricotta cream and the aesthetic baroque of the candied fruit and pistachio creates a mix of sweet and savoury that enhances the palate and makes the Sfincia di San Giuseppe a Sicilian favourite, enjoyed throughout Italy and beyond.

In a medium sized saucepan bring to boil 250 ml of water with the salt and butter. As soon as it boils remove from heat and add the flour all at once and mix vigorously with a wooden spoon. Put back on the heat and continue mixing until the dough becomes smooth and doesn’t stick to the pan sides. Remove from heat and let the dough cool off a bit. Add eggs and yolks one by one, mixing with a blender. Add sugar and continue mixing with a wooden spoon. Cover the dough and let rest for about 30 minutes. Heat oil in a deep frying pan and spoon in little portions of dough. Considering how the sfince puff up and enlarge, give the dough portions plenty of space in the pan. Fry using a moderate heat until the sfince become golden brown. Remove from oil and let them dry on kitchen paper.

For the filling, use well-strained ricotta cheese. Add sugar and vanilla flavouring, then blend until creamy. Fill the sfince then decorate the top with ricotta cream, pistachio grains, candied orange rind and cherries.