Sicily: Culture and Conquest. A Personal Review of the Sicily Exhibition at the British Museum in London 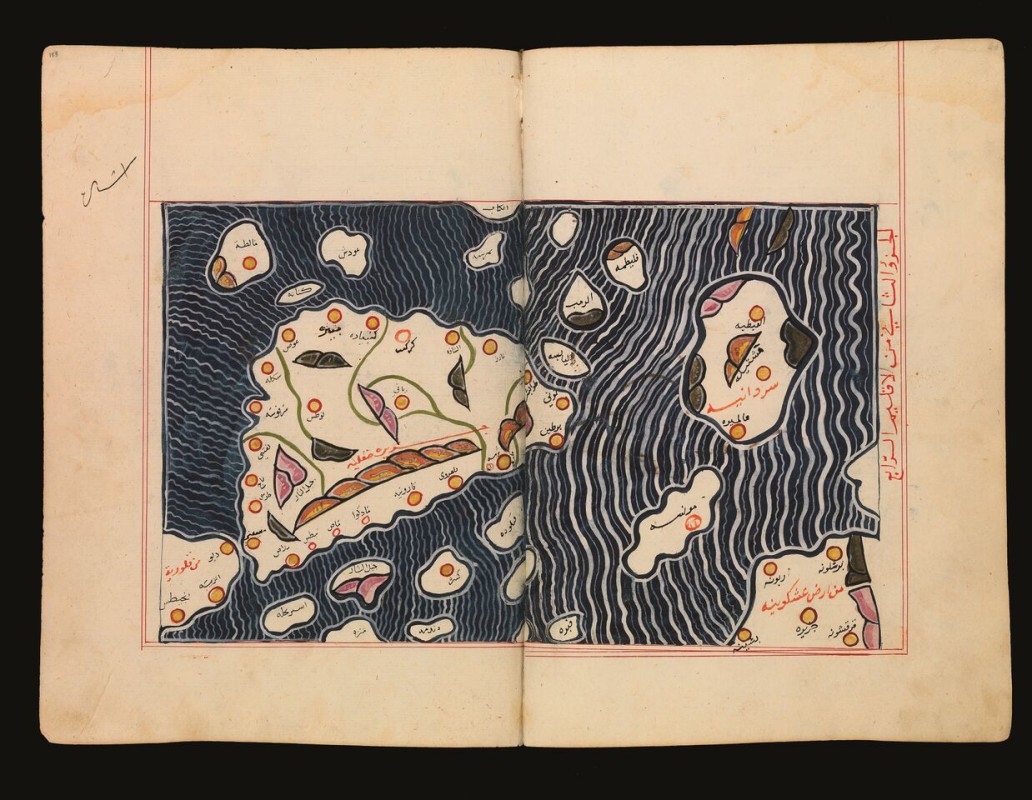 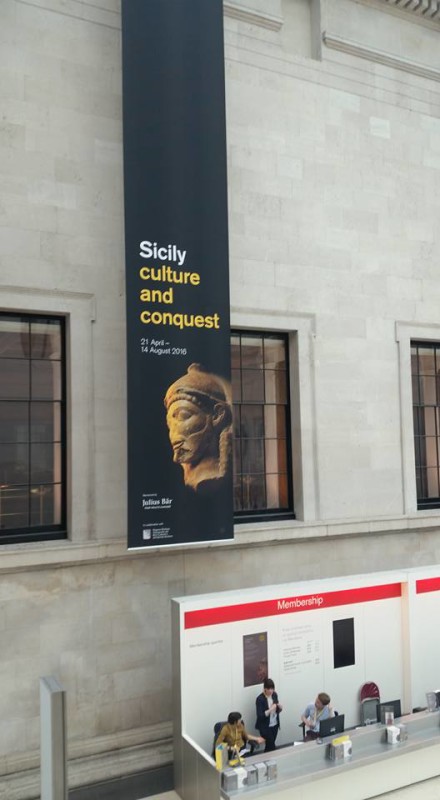 Last Sunday, I paid a visit to the ‘Sicily exhibition’ currently being held at the British Museum in London. The exhibition was launched on 21st April 2016 and will run until the 14th August 2016. The exhibition is located in a dedicated area of the first floor of the British Museum and the ticket price for an adult visitor is £10, an affordable price and, in my humble opinion, very good value for money. Price reductions are carried out for students (£8), while teenagers below 16 years of age are allowed in for free.

The exhibition mainly deals with two eras of Ancient and Medieval Sicily: the Greek and the Norman settlements, two golden ages of the millennia-long cultural history of Sicily, and amazingly unique in Europe. Seven different peoples settled in Sicily from the time the Greeks first landed until the end of the Swabia settlement: Greeks, Phoenicians, Romans, Byzantines, Saracens, Normans, Swabians (from Wikipedia – Swabians are an ethnic German people who are native to or have ancestral roots in the cultural and linguistic region of Swabia, which is now mostly divided between the modern states of Baden-Württemberg and Bavaria, in southwest Germany).

As the curator of the exhibition, Dirk Booms, said in an interview, the exhibition focuses on these two settlements because “It is clear that these two periods happened when Sicily was ruled by someone on the island, a king who had a court on the island, who wanted the best for his people”, whereas other settlements were less significant because “in the Roman, Byzantine and Arab periods, they were ruled from elsewhere and they did not care about Sicily … they wanted it for its richness.” Although, it’s worth mentioning, however, that all these seven cultures, listed above, left certain important historical and cultural legacies to modern Sicily.

Returning to the exhibition, it seems to be quite successful; proof of which are the crowds at the entrance, as well as the time-slotted access to the exhibition in order to avoid overcrowding. Once inside, the exhibition soon appears to engage the visitor, with surrounding panels to describe the artefacts and discoveries. Each exhibit comes with its own label giving a brief, yet satisfactory, description of the objects displayed.

The exhibition’s route is sequentially ordered according to a historical timeline and the related artefacts for each period. So the Greek and Phoenician artefacts come before the Roman ones, and so on. As already mentioned, the main focus is on the Greek and Norman domination, so the route is characterised by two sections, identified by the two different colours of the walls, blue for Greek settlement and red for Norman. Therefore, most artefacts from the first section of the route are related to “Greek” Sicily, while most artefacts from the second relate to “Norman” Sicily. Along the route, the description of the historical context and events are shown on free standing boards and wall panels, in addition to the aforementioned object descriptions..

One thing that I personally found remarkable was that along with the pieces of art, the exhibition features coins from each historical age – a further proof of the magnitude of Sicily in the Ancient and Medieval period, expressed as it is in this early coinage. The island is renowned for its beautiful coin designs from these eras.

The Greek section mainly features “terracotta” artefacts. Terracotta was in fact the main construction material in Greek Sicily, due to its local abundance. Some marble artefacts and statues are also present, even if, as reported in some descriptions, marble was absent from Sicily, so it was imported from abroad. Limestone artefacts can also be seen and, of course, the Greco-Sicilian coins.

The Norman section mainly features the multicultural art of the time, as, for example, is demonstrated by a tombstone with writing in four languages, Judaeo-Arab (Arabic written with Hebrew characters), Latin, Greek, and Arabic. Some Byzantine mosaics are also displayed that are testament to the Norman appreciation for Byzantine art, much in evidence in the famous buildings and churches of Palermo like the Norman Palace, the “Duomo of Cefalù”, the “Duomo of Monreale”, and so on. Art and books displayed in the Norman section witness the presence of an another culture during the Norman age, the Arab one, which is expressed, for example, in the ceiling of the “Palatine Chapel” in Palermo, in written works, on coins and in the art.

The exhibition route ends by focusing on Frederick II, the king of Sicily,who belonged to the Swabian dynasty and was known as“Stupor Mundi” (“Wonder of the World”). You can see his achievements and read of his eclectic, intellectual, and multi-faceted personality.

A painting entitled “The Virgin and the Child” by the Sicilian painter and inventor of the oil-painting technique, Antonello da Messina, is the final exhibit, bringing the exhibition to a close.

A shop selling books, postcards, gadgets, food, drink and other items related to Sicily is the last stop before the visitor re-enters the main body of the museum

In conclusion, this article is far from exhaustive, but gives a hint of this beautiful exhibition dedicated to the astonishing cultural history of Sicily

Editorial Note: for those who would like to know more, an in-depth piece on the exhibition will be published in Times of Sicily’s first paper-based magazine – WATCH THIS SPACE.