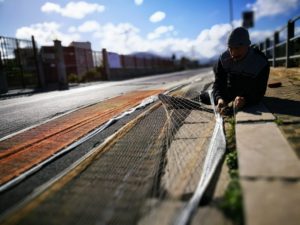 Sicily might not be the most obvious hub for Bitcoin, but it has proven to be a leader of the cryptocurrency trade. According to coinmap data – a site that shows businesses around the world that accept Bitcoin, more than 22 places now accept digital cash. Most of these are hotels and restaurants that will bring you the bill in bitcoin on request. To pay, I simply pull out my phone, open my Bitcoin wallet and a few seconds later, I get a receipt in Euros that shows me the going rate of my cryptos. But, as cryptocurrency has been going through a massive craze, it may be the case that Sicily is heading for its most advanced tech tourism season in history. And it seems like the city is preparing for it. The range of businesses has expanded to other types of industries, including hardware shops, grocery stores, beauty salons and even child-friendly Lidos. 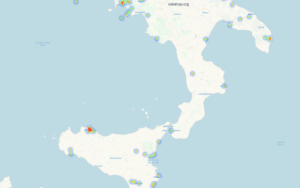 Palermo, a city of 700,000 people, has over seven places that take most digital currency and that certainly welcome Bitcoins, now valued at approximately 7000 Euros/coin, with open arms. It makes the city the most crypto-friendly place in Southern Italy and number 4 on the national leader-board, surpassed only by Rome, Milan and Florence. Even my two native cities, London and Stockholm, don’t have that many businesses willing to accept my digi-coins – both world leaders in technological development.

“I have been accepting Bitcoins for five years, but we have only had one request during this time. It was equivalent to a price of a room two years ago, before the Bitcoin went up” says Vicenzo Alessi, the owner of Casa Giuditta, a central Palermo BnB that accepts cryptocurrency. “Now, there seems to be a lot of things happening in the space. They wanted to install a Bitcoin cash machine here. But until now, I haven’t found a simple way to convert the bitcoins into real money. If I did, I would push for more business”, continues Alessi.

How to convert Bitcoin into Cash

Converting Bitcoin into cash is much easier than most people think. All you need is an online cryptocurrency trading account. 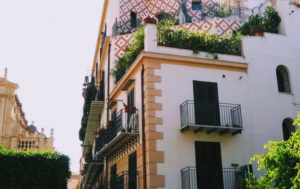 Bitcoin is not an easy system to understand. The first time I was offered a payment in crypto cash back in 2012, I felt that I was asked to work for fairy-dust. It is a system, they said, that doesn’t require any central point. In other words: “it’s a way to pay someone without getting the bank or the government involved. That means that you cut out the middleman in a deal with the idea of putting that profit into people’s own pockets.” To me, this sounded like another way of saying: “please work for free and I will make you rich someday”.
It took me a while to understand how that works, and not surprisingly so, as I watch economists and politicians still trying to figure it out. We’re simply not raised with the idea of valuing our own labour or placing a value on a product independently of a central currency supplier. Still, we trade every day – even if you’re not a business owner, your effort is, somehow, valued at X. A favour is a favour, and the person who’s paying back is the one to value the effort. 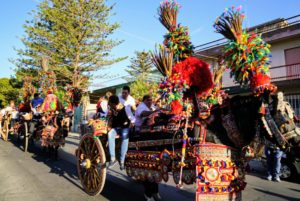 Thinking this way makes it is easier to understand why cryptocurrency made such a snug home in Sicily. This is a place of wonders, where people, somehow, become a part of something major without always realising it – making it into the number one spot for magic wands with a sprinkling of fairy dust. After all, Archimedes ran naked down the Island’s streets shouting “Eureka”, wheels span for the first time on these very roads. It is where Renato Guttuso used his brush to illustrate Italian food to the British for the first time; and where Dolce Gabbana came down from the mountains to become the world’s leading fashionista. None of these things can be predicted and planned in a structured way – it’s nothing that can be paid for in old-school dollars. These things were built on virtual effort, so called de-centralised favours or, the way new techies would phrase it; a decentralised effort manifesting in the fast-rising cryptocurrency.

Today, a number of people in Sicily are taking a big risk to accept a coin they have very little understanding of. In fact, one that people around the world accept or reject, simply based on an initial feeling. It is hard to predict whether cryptos will rise or fall, in the same way it’s impossible to predict a rise and fall of a civilisation. And people’s opinions around it are more divided than ever. Some critics see it as a fad that will disappear into a black hole while others point to the Internet and say: “this is what you said about this thing too”. Yet, it seems to have touched people’s lives in a very special way, leaving us to wonder whether Palermo could be the next crypto capital where crypto millionaires will come to spend their coins?

Yelena Kensborn
Video journalist, developer, crypto-currency believer and tech entrepreneur. Moved to Sicily to work on agriculture technology and now run Zoegi - a food gift box you scan with your phone to see the farms where the products grow