From Sicily to the World: Sicilian Roots Music 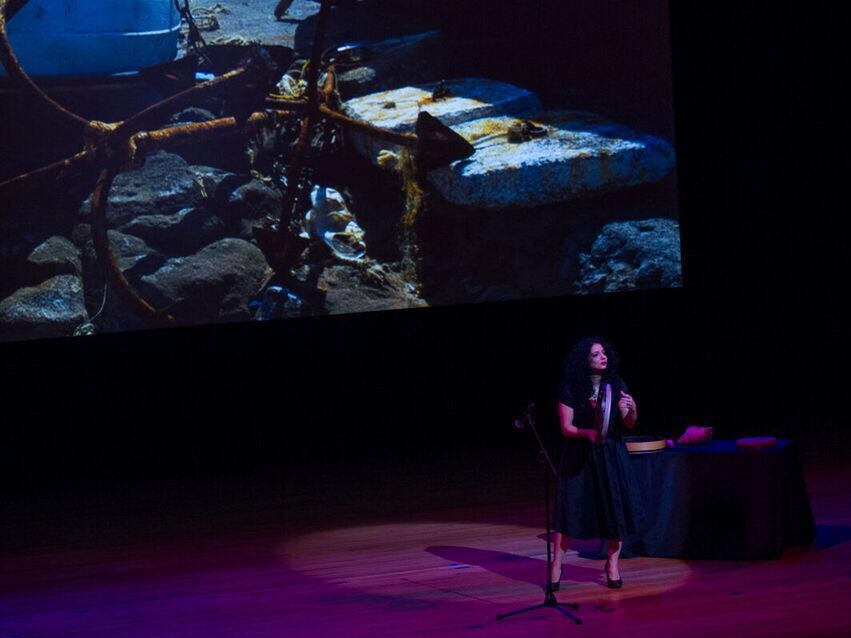 Sicily, once the Mediterranean’s powerhouse of culture and industry  for millennia, is now  again rightly being recognized 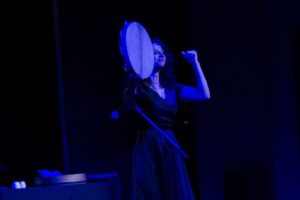 throughout the world for its achievements in such fields as literature, art,  cuisine, agriculture and commerce.  If folk singer Michela Musolino has her way, the world will get to know Sicilian folk music, too.

Musolino, the Sicilian-American singer, is known for  her interpretations of Sicilian folk music. She calls it ,”Folk and Roots Music“ , and has shared with us the reason why:

“Years ago, when I was just starting out and was asking anyone to listen to a copy of my first CD ( Songs of Trinacria, with special guest artist Alfio Antico), I went to Canada  to  attend a conference about world music.   There was a room full of concert promoters, journalists and performers   who were trying to map out the future of world music in North America. One of the topics discussed and debated was how to find a better  title than ‘world music’. Eventually,   some were suggesting  that ‘Folk and Roots’ music could cover a wide selection of musical genres: traditional folk; contemporary folk; world fusion and traditional-inspired music. I thought it was the perfect way to explain what I do and I thought it would pave the way for me to promote my album.” 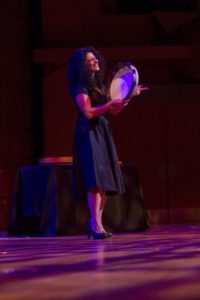 We asked Michela if it did just that and this is what she told us:

“Oh, no! Not at all! No one knew what Sicilian music was…back then, even Italian  folk/traditional music was really not considered world music.  I had the good fortune and honor early on to happen to meet Mr Sten Sandhal, who was a noted ethnomusicologist and pioneer of world music promotion. He loved world music and was so kind to give me advice. When he heard my CD, he told me, “ This is beautiful, but I have never heard of this, and I’m a musicologist!”   So I had my work cut out for me: I had to introduce Sicilian music, or Sicilian folk and roots music to the world music gate-keepers. For me, Sicilian music  has always been world music!  It was a bit of a shock that people who were so familiar with varied world traditions hadn’t yet encountered the beautiful  cultural medley that is Sicilian music. It was a challenge to get booked into a venue when  the booking agent didn’t even know that your kind of music exists.”

Then what did you do?

“I did the same thing every musician has to do: sent out endless rounds of demo CDs, videos and promotional packets. Today, all promotional materials can be sent via links in an email, but just a little more than ten years ago, people still expected hard copies: they wanted your physical CD, actual video cassettes, printed press releases and photos.  Every day was another trip to the post office. I solicited gigs by focusing on  world music  venues, organizations, radio stations and publications. I insisted that Sicilian music be recognized within the world music genre so I acted as if it already was! “

Did it work? Did they notice?

But your most recent CD, Terra Sangue Mare, which you recorded with musicians Fabio Turchetti and Michael Delia, is  getting recognition around the world and especially from  the realm of World Music! You’ve had great reviews in the US, Italy and even in the Czech Republic, where you recorded the CD. What happened? Did your persistence pay off? 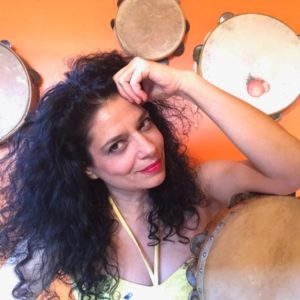 better.  The internet, especially Youtube,  has exploded and  allowed people to experience and connect with  so many previously unexplored cultures.    It caused the parameters of world music to expand.   There is also a huge resurgence of interest  in folk music, both here  in the US and abroad, especially among teenagers and those of college age.  They are just discovering it, but want the whole experience: they want to hear it in all its forms and they are researching it, learning it and performing it, too.   The more people seek Sicilian music, the more world music will offer it to them. They are hungry for all kinds of folk music!  Plus, all  these years of performing have allowed me to introduce, or maybe re-connect people to this music of their roots.   That’s been the most rewarding part of it all. That moment  when  I can perform Sicilian folk and roots music; connect with the audience and give them back something which belonged to them long ago  makes it all worthwhile.”

Your new CD has been recognized by some of the most important world music publications, sounds like you have something to be proud of… 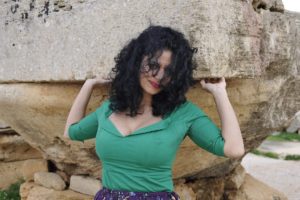 “Of course! I’m over the moon that Terra Sangue Mare is regarded as a world music release! Last year, it debuted at number 25 on the Trans-Global World Music Chart. Roots World Magazine and Pop Matters in the US; BlogFolk in Italy have published great reviews on it and noted DJ Peter Doruzka in the Czech Republic gave it a strong review in  his podcast. Sicilian musical traditions are now being examined and explored by world music audiences,  and  by the organizers, musicologists and promoters  of the industry outside of Sicily, just like every other world music tradition.  I’m glad that the world music genre is finally noticing Sicilian music! “

Michela Musolino tours the US and Europe performing Sicilian Folk and Roots Music. Her recent CD, Terra Sangue Mare is available at this link: https://michelamusolino.com/store

In the past she has been an occasional contributor to  The Times of Sicily and in the future she’ll be sharing with us some tales of her adventures on the road singing Sicilian songs.  You can visit her website: www.michelamusolino.com