Sing Me an Island 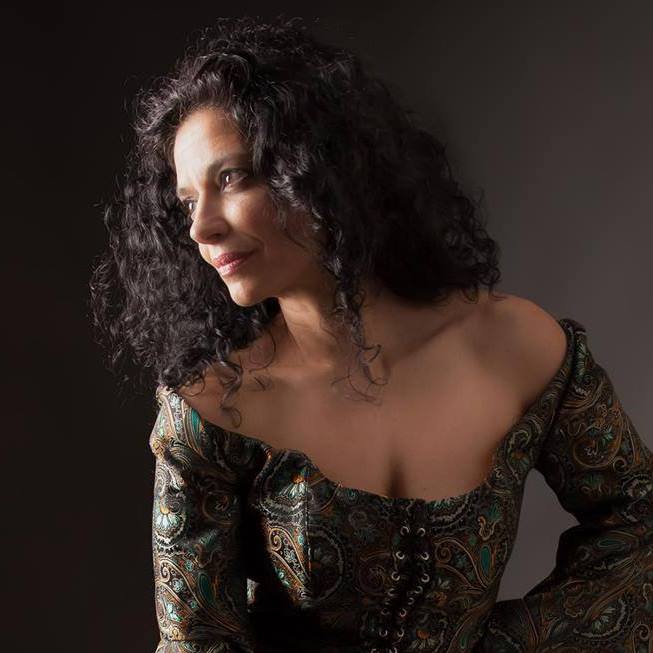 Sicily is an island of strong contrasts—of boisterous joys and teary sorrows. In the spring the hills and valleys are painted with an artist’s palette of greens—viridian, emerald and olive. In the summer the merciless metallic sun beats the island’s streams and rivers into slithering snakes of dust and rock, all colored in shades of ochre, sienna and umber.

Sicilians work their island, still largely an agricultural wonderland, harvesting olives and oranges and grapes. They plow Sicily’s fields and fish tuna and swordfish, along with sea urchins, shrimp, and squid, from their brilliant crystal blue seas. Sicilians love their island and their work. Sicilians are strong and stoic and have very handsome smiles. Even when they are dressed in their oldest, most patched clothes there is a solid dignity and a profound joy about them.

This adoration of the island is gathered together in the folk songs of the island, which paint plaintive stories of unrequited love, sad tales of fishermen lost at sea and happy happenings, such as weddings and the birth of a grandchild.

My first exposure to Sicilian folk music was a La Primavera Vinni concert in Manhattan by Sicilian-American folk singer Michela Musolino and her three-man band of Phil Passantino, Charlie Rutan and Jeffrey Panettieri. Together they are known as Rosa Tatuata (The Rose Tattoo). The instruments they work with include the guitar, the accordion, the mandolin, the ciaramedda (a type of bagpipe), the zampogna, the frischialettu, the marranzo, the tamburello, the tamburo and the lira Calabrese.

Michela’s fiery, passionate and often gentle interpretations are magical. She has incredible insight into the songs, their lyrics and their origins. Michela grew up in a Sicilian-American family. She prepared the foundations of her career very well. She collected traditional Sicilian folk songs when her family traveled to Sicily. Later she joined I Giullari di Piazza, a New York theater company and performed with them for three years.

In New York she studied with Roman actress Lydia Biondi and director/actor Enzo Aronica, also from Rome. Working with producer Paola Bellu, she performed Commedia. In New York she sang at the famed Rainbow Room and at St. Mark’s Church in the Bowery.

In 2015 Michela performed in a Broadway reading of Tennessee Williams’s The Rose Tatoo, which starred Patti Lupone and Bobby Carnnavale under the direction of Doug Hughes. Hughes invited Michela to sing in the reading because Williams had originally intended that there be Sicilian folk music in the play. This reading eventually gave birth to the highly popular Rosa Tatuata (Rose Tattoo) performance group.

The best of Sicilian folk singers, singers such as Michela Musolino and her friends Umberto Leone, Michele Piccione, Rocco Pollina, Pippo Pollina and Moffo Schimmenti, know that their songs are a clear reflection of the lives of the Sicilian people. The songs often tell us of pains and joys we know nothing of. They sing to us of Sicilians who harvest olives and process them into the olive oil that fills the frantoio (the processing plant) with a delicious perfume. Michela believes that Heaven surely smells like a frantoio.

Sicilian folk musicians are also scholars and researchers. They read Sicilian history, knowing very well that the songs they sing are grounded in the complicated historical and cultural events the island has endured over the centuries. Michela has read Denis Mack Smith’s two volumes of Sicilian history, Medieval Sicily and Modern Sicily, as well as Gaetano Savatteri’s I Siciliani. Among her favorite moments are sitting in the ruins of Selinunte watching the sea. Here the ancient past of fierce conflicts between the Greeks and the Elymian people of Segesta is no longer reflected in the beauty of the sea that now calms the shore.

Reading history, however, is never quite enough. In addition, Michela has helped Sicilian friends during the pulitura (cleaning of leaves and other debris) to prepare the olive harvest to go to the frantoio. She has also sat with a group of Sicilian women to help them sort dried beans. The conversation was lively and Michela began to understand why Sicilians would sing while sorting nuts and beans. She realized that planting time and harvest time have rhythms that are part of the songs she sings.

All aficionados of Sicilian folk music know that the lullaby is the oldest and the most loved of the songs. The lullaby is closely related to the love song except that it is less passionate and more calm and caring. The lullaby expresses a mother’s love for her small child. One of the oldest and most sung of the lullabies is La Siminzina. The lyrics for this lullaby sing: “Sleep, for now your father comes home. He brings you little seeds, rosemary and basil. . .” What could be more comforting than a father coming home and with a gift of seeds of fragrant rosemary and basil?

The wives of Sicily’s fishermen gather on the island’s shores staring out over the crystal blue waters anxiously awaiting the safe return of their husbands and sons. When clouds and storms move in, they sing songs hardened by misery and deprivation, but songs that express sweet and tender sentiments for the safety of their men who face great dangers in the turbulent sea. The wives sing songs like Cantu di Donne di Marinai, which pleads: “My lord, my love is at sea. Please send him good weather, masts of gold and jibs of silver. Dear Mother Mary must help me with this.”

Songs of those Sicilians who work the land often come from the lives of men and women who harvest crops and from the carters who drove carts pulled by mule or horse to transport goods throughout Sicily. The carters sang while they worked, developing different styles of singing, and held competitions to see who was the best singer. One song to come out of this tradition is Amuri, Amuri. The lyrics of the song speak of love: “My love, my love, how far away you are! Who is preparing your bed tonight? . . . In the morning, as soon as we awake, we become as one.”

Sicily is a mysterious and passionate island. The streets of Catania and Palermo and Syracuse are filled with a parade of seductive smiles and flashing eyelashes. However, these Sicilians also know poverty. They know what it is like to wear old, patched clothes and live under a roof that leaks into your bed. A beautiful blue sea surrounds them but Sicilian fishermen know the horrors of thundering waves. Years ago they knew the brutality of sea pirates. All of the pain and deprivation, and joy and laughter, of Sicilian life are reflected in the folk songs sung by Michela Musolino and her friends. The songs are a mirror. A perfect mirror polished to a gleaming picture of the people of this wild and beautiful Mediterranean island.

Please check Michela Musolino’s website at michelamusolino.com. In the Store you can buy both of her CDs, Trinacria and Terra Sangue Mare.