St. Sebastian Day is the Anniversary of the Caltavuturo Massacre. 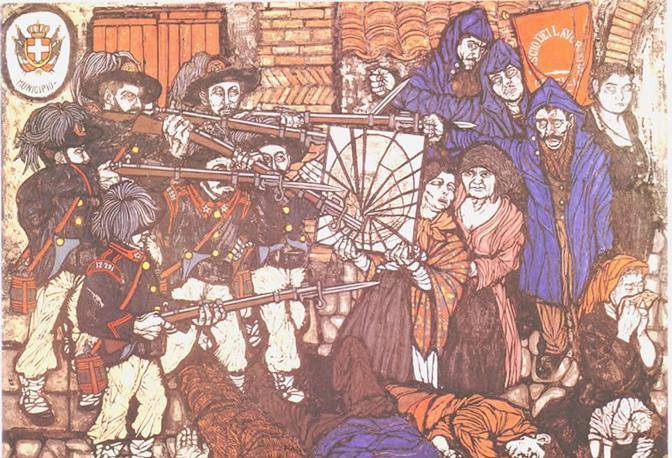 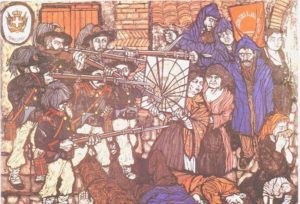 January 20 (St. Sebastian Day) is the anniversary of the Caltavuturo massacre. On this day in 1893, soldiers and policemen fired upon 500 Sicilian peasants returning from the symbolic occupation of communal land. This tragedy was 70 years in the making.

Before Sicily abolished feudalism, the poor of Caltavuturo, a mountain village in the Palermo province, could go on noble estates to collect firewood and vegetables. After 1812, this right disappeared. To appease the enraged peasants, the Duke of Ferdinanda, who owned over 6,000 hectares of land (more than half the territory), ceded 250 hectares to the municipality. Any realtor could have predicted what happened next.

Although the town council was required to distribute the land to the peasants, its efforts were thwarted by bureaucrats and merchants, who wanted the land for themselves. Lawyers dragged out the process for decades. Delays continued until the fall of 1893, when the Fasci Siciliani, a popular movement of democratic and socialist, agitated for land reform.

The peasants of Caltavuturo saw this as their chance. At dawn on St. Sebastian Day, they occupied and began to hoe the communal land. They were determined to sow as soon as possible. The local militia arrived and ordered the peasants to return home. The crowd ignored the warning and began to whistle and yell at the troops. To prevent the situation from worsening, the military withdrew and returned to the town. Shortly later, a group of protesters stopped to till the soil and went to the town hall, demanding to speak with the mayor to no avail.

As they returned to join their companions in the fields, the protesters were intercepted in Via Vittorio Emanuele by soldiers, policemen and two municipal guards. Once again, the militia ordered the peasant to disperse. This time, the protesters threw stones at the troops, who fired two warning shots in the air. When the farmers continued to advance, the soldiers responded with a salvo of rifle fire. Several protesters fell to the ground in a pool of blood. Eight people were killed on the spot and 26 were wounded; five later died in the days after the shooting.

At first, townspeople mistook the shots for firecrackers in honor of San Sebastian, but the truth soon became clear. News of the massacre created a national scandal and mobilized the Fasci, Rosario Garibaldi Bosco, Bernardino Verro and Nicola Barbato organized financial aid to help the families of victims. Napoleone Colajanni, the great Socialist leader, denounced the government in the Italian Parliament. A memorial service in Corleone and attracted more than 4,000 people.

The Caltavuturo massacre exposed the hypocrisy of liberal reform and taught Sicilians to hate and distrust their own kind. Prime Minister Francesco Crispi (who had fought with Garibaldi) and his predecessor Antonio di Rudinì (the former mayor of Palermo) were both Sicilians, but they still imposed martial law on their paesani. Faith in democracy died at Caltavuturo