The Legend of the Targa Florio Continues 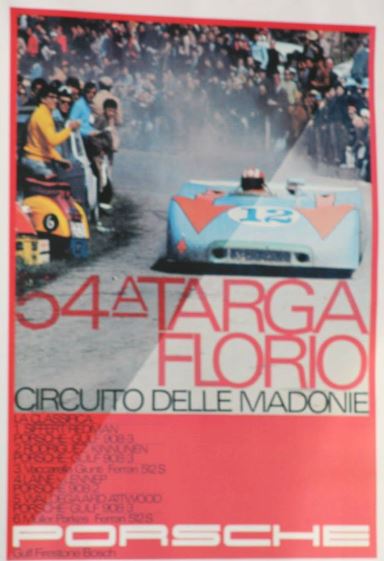 For the third year in a row, my hometown of Baltimore finished hosting the Baltimore Grand Prix, a temporary street course bringing a mixture of IZOD IndyCar Series, American Le Mans and ISMA GT3 Cup cars to our downtown.  To the non-racing fans, this 3-day event causes a frustrating influx of road-closures, traffic, noise and inconveniences.   To people like me, however, this event affords us the opportunity to head to the city-center; to be up-close and personal with these amazing cars and their talented drivers. 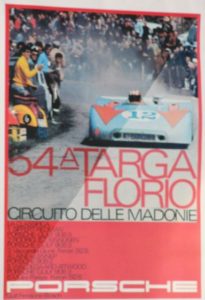 After feeling the breezes as the cars whiz by, hearing the roar of the engines and the sometimes the gut-wrenching sound of metal hitting metal, it made me reminisce about another race, near my second “hometown” of Cefalù.   The historic Targa Florio in Sicily, which begun in 1906, was a brain-child of Vincenzo Florio, a wealthy wine-maker born in Palermo.  An avid motorist, he engineered and financed the development of this endurance course through the majestic Madonie Mountain range.  Many of the world’s greatest drivers have driven this dangerous circuit, eventually shortened to 45 scenic miles through Sicilian villages like Campofelice, Cerda, Collesano and Caltavuturo.   These treacherous mountain roads and great changes in altitude made road conditions volatile and lead to protests from drivers not willing to risk an incident or death.

Though the last official race ended in 1973, several auto-sport groups annually run events in variants of the course.  For example, the Italian Rally Championship will be held on September 27th, 28th and 29th this year.  The Rally Targa Florio is the seventh of an eight-part series and organized by the Automobile Club of Italy and the AC Palermo organizations.   Then, from October 10th – 12th, the Targa Florio Classic will be held, featuring historic and classic cars manufactured from the beginning of the last century to 1977, the last year the historic speed race took place.

The Rally Targa Florio and the Targa Florio Classic require a national committee of people organize the races, though financing them is a perpetual challenge.  Like the Baltimore Grand Prix, whose existence was in jeopardy for lack of funding this year, fear of canceling the Targa Florio events was printed in newspapers like La Sicilia and other regional papers, like Cefalu’News.  If not for the town of Campofelice di Roccella, whose vice–sindaco, Roberto Di Sanzo, agreed to open its village to tourists, motorists and event activities, and who committed to financially support the race, the Rally and the Classic events may not have occurred this year.   Support from The Museum of the Targa Florio in Campofelice, run by Ninni Venturella, and historical patronage from two other Targa Florio museums, in Collesano and Cerda, ensure that the spirit and the tradition of the historic Targa Florio races continue . Organizations such as “Promomadonie”, which started in 2006, show-case the artistic, cultural, natural, artisanal and gastronomic riches of the towns on the Madonie Mountain range, and are strong marketing promoters of the Targa Florio races, which bring recognition to these villages.

In addition, to honor the history and tradition of the Targa Florio, a committee was formed called the “Comitato d’Onore”.   This is a group of Targa Florio legendary drivers and personalities who have committed to promote the historical patrimony of the race, as well as the culture of Sicily.  The roster on this group is stunning and includes legends like Ninni Vaccarella, Vic Elford, Arturo Merzario, and Sandro Munari, just to name a few, who are all winning drivers of the Targa Florio during the “great years”.

If you are fortunate enough to be in northern Sicily in the fall, take advantage of being in the hometowns of the oldest sport-car racing event on record and the place where legends were made.  Be a part of the Targa Florio!