Paul Rausch and his fellow academicians recently gave us an insight into their work in promoting the Sicilian language. Here are the thought-provoking answers to our questions.

For those who are unaware, can you explain the origins of Sicilian and how it differs from Sicilianised Italian?

Sicilian has really a quite amazing history, one fairly different from the rest of the romance languages in the modern Italian Republic. I made a YouTube video about it that does a great job explaining. In short, prior to the Norman Conquest, Sicilians generally spoke Greek and Siculo-Arabic (which has become Maltese). The current Latinisation of Sicily only really begins in the 12th century or so. Hundreds of years after the fall of the Western Roman Empire. The Sicilian language comes from a very interesting mixture of the languages that were imported by settlers brought by the Normans, neighbouring areas and the pre-existing Greek, Arabic varieties and maybe even some surviving Latin dialects. Some of these Sicilian Greek speaking areas survived into the 20th century, and related varieties still survive in Calabria and Salento. It’s exceedingly interesting how Sicilian developed because of our unique location geographically and culturally.

Regional Italian or the Sicilian dialect of Italian is the variety that has evolved as a result of Italianisation. In reality most speakers move along a spectrum between Sicilian language, Regional Italian and Italian language. This is pretty normal in many places in the world, and very normal in much of Italy. Sicilian and Italian exist in what’s called a diglossic relationship. This means there are two languages that are coexisting in one space with high degrees of mixing and switching depending on context. Theoretically these relationships can exist stably forever as long as speakers are competent in both languages. However due to the influence of mass media exclusively in Italian and widespread illiteracy in Sicilian, Regional Italian is beginning to replace Sicilian as an autonomous language.

What prompted you to set up the Cadèmia Siciliana?

I saw what a few really talented linguists and activists were doing on the internet and reached out to Salvatore Baiamonte who at the time was running a successful page teaching Sicilian. We agreed to start contacting other academics and activists and put together a group to do something about the issues we saw around us. Namely that people are passionate about Sicilian but that no credible academic organisation had so far managed to create a consensus driven orthography. We wanted a non-profit organisation that could be taken seriously in the field that wasn’t tied with non-linguistic political issues.

How do you reconcile the various dialects of Sicilian when it comes to teaching or promoting a standard vocabulary/orthography?

This is a really good question. Before we established and voted on a policy we did a lot of research and contacted a wide variety of speakers and activists for other regional and minority languages. We were very inspired by Nynorsk’s approach in Norway. In their model when a variety exists in enough areas it gets added as an acceptable variant. For Sicilian this is critical as the differences between elements of different varieties of Sicilian can often times be very large. On the other hand, we’ve also found that many times forms are related enough that they can be merged into one written form and still be comprehensible to all speakers. As a rule we don’t standardise vocabulary, as our mission is not to create a standard that doesn’t allow the language’s natural variations. It’s simply a method of providing a uniform way to communicate their varieties in a way that is understandable across the island. In this mission we have been very fortunate that in fact there is a large body of written Sicilian and Sicilian folk music that already approaches a form of normalised Sicilian. Sicilian Wikipedia has also been an inspiration and has served as a major input. 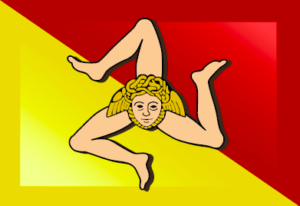 Is a knowledge of other Romance languages useful in learning Sicilian?

It is often perceived that Sicilian is a language of the hearth and home and that Italian is the language one uses with foreigners. A non-Sicilian using the language may feel they are intruding on a personal space. These certainly are feelings some have reported in Corsica, for example. Have you encountered similar perceptions?

This is a topic of particular personal interest for me. I can say we get this question a lot from people who are learning Sicilian who are not Sicilian. I personally have been surprised to see how much foreigners speaking Sicilian can have such a profound effect on the self-worth of native speakers. Traditionally, Sicilian has been viewed as a language of low-value. The idea that people are paying to learn it, has really changed the conversation and its perception. That said, specifically, the topic of the integration of new members into a society using regional and minority languages is particularly fascinating. There have been very interesting cases of immigrants using RMLs as a means of gaining acceptance in their new cultures. I personally am routinely surprised how many immigrants have reached out to our organisation for Sicilian lessons. I routinely hear “I speak Italian quite well now, but my friends’ generally speak to each other in Sicilian, I want to be part of that conversation”. An even larger surprise is how many immigrants actually have surprisingly high competence in Sicilian and other Italian regional languages. Immigrants often work in jobs where regional languages are more widely spoken than Italian itself. Anecdotally I can say that I tried to speak Sicilian to immigrants in Palermo’s vucciria market and was curious about their perception of the issue. Most were bemused at the idea that you could even operate in the vucciria without Sicilian language competence. Especially considering Sicilian food vocabulary is highly divergent from Italian. It’s been a personal reminder of how much we actually speak Sicilian. I’ve even met immigrants who laughed at the idea that you can live in Sicily without understanding Sicilian! There is a trend across Europe of immigrants changing our notions of our identities. I recently saw some really beautiful videos online of immigrants in Ireland speaking native Irish, a skill that is still elusive to most ethnic Irish. I know recently the CSFLS managed some programmes funded by the EU where immigrants were provided Italian and Sicilian language education. I think the faster immigrants to Sicily pick up Sicilian the faster they can feel integrated into the Sicilian culture and feel a legitimate component of our global community.

What can people do to help you in your quest to promote Sicilian?

We are so fortunate to have such an incredibly diverse and global community. Every Sicilian user can contribute in different ways. Firstly, having a conversation with your friends and family about Sicilian’s status as a language and its future survival is valuable. Those with literacy in Sicilian are highly valued for our technology and general translation projects. Activists in Sicily are very important for raising awareness and reducing stigma. Even learners are hugely valuable, Sicilian language learners reinvigorate our language and provide it new energy both within and outside of Sicily. Of course probably most importantly of all financial resources are hugely valuable for us. We don’t have any paid staff and operate exclusively with volunteers so every dollar goes directly into programmes.

What language resources have you made available?

So far we’ve published the 2017 Sicilian language unified orthography, and 2018 is currently in the works. We’ve created a YouTube video series for learning Sicilian. We’ve created Sicilian language keyboard layouts for typing in Sicilian. We have a mapping project to identify variation within the language. For 2018 we have a few great learning materials which are being published.

What Sicilian literature would you recommend to people?

I think that Sicilian music shouldn’t be under valued here though, as we have transmitted our language with music for a thousand years and I don’t think that will be changing anytime soon.

Where do you see the Sicilian language in 50 years?

I think we’re at a very sensitive moment for Sicilian language. Now that stigmas are starting to erode and people are starting to engage with Sicilian in a more healthy way we have a huge opportunity. If in the next decade we can successfully implement literacy programmes and get good information into the hands of Sicilian bilinguals I think we have a good chance of stopping language shift permanently and stabilising the number of speakers. We are incredibly fortunate to be one of the very few European regional/minority languages that is still understood by virtually its entire community. If we’re unable to make meaningful changes I suspect that 50 years from now we will see language transmission beginning to stop completely and the beginning of a slow decline into the extinction of Sicilian. This would of course be a tragedy that would be totally preventable.

If you would like more info, take a look at cademiasiciliana.org