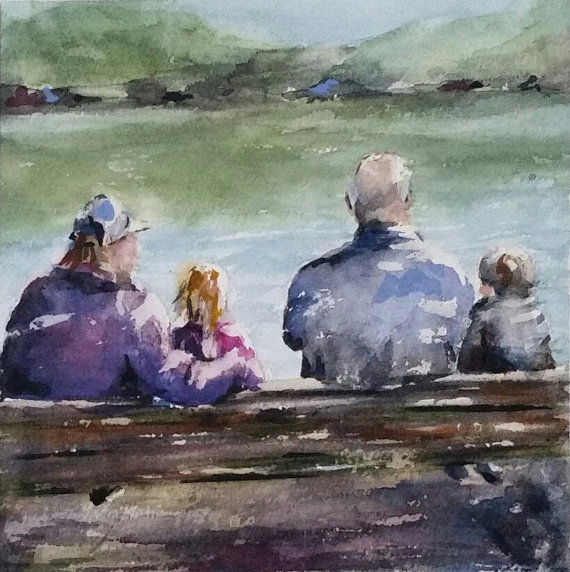 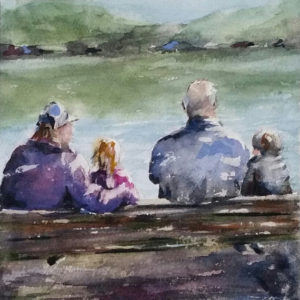 The childrearing process forms the foundation of a child’s behavior, moral values, attitudes and belief system. Parents, primarily mothers, were responsible for caring during the formative years of the child’s life. The fathers traditionally provided the necessary goods, shelter and safety for the family.

In the past half-century the individuals caring for the child has shifted from mothers to child care professionals, other relatives and friends.

The feminist movement and a radical change in parenting philosophy fostered by Dr. Benjamin Spock’s permissive-materialistic childrearing has resulted in lazy parenting. This approach has greased the track for mothers to enter the labor market with children and even infants at home.

Presently there are more stay at home fathers than in the past although in most modern families, both parents work. Grandparents often take over the traditional parent functions since parents have to stay late, travel out of town for days at a time to maintain their positions. Other grandparents are given quasi to full custody of their grandchildren for assorted reasons due to their own child’s dysfunction.

Many jobs are demanding more work be done at home after office hours. This results in parents asking their relatives to care for the children for extended periods or even regular days during the week. The parents are relegated to being friends with the children while the grandparents are dealing with nitty-gritty issues with their grandchildren. They do this gingerly so as not to offend their own child or the spouse.

There is no one in charge of youngsters in this ever changing and unstable world. Our children are suffering from not having specific standards and expectations for their development. This behavioral chaos is confusing. This negatively impacts not only these future generations, but the vitality and direction of nations.

Numerous government service programs in nation after nation have been developed to decrease the apprehension of parents leaving their child for a career. Governments are increasing their reach to shape the minds of children. Most are no longer respecting the sanctity of the family and parental rights. Governments are prohibiting parents from using traditional methods of discipline. Parental authority and even moderate spanking are being undermined.

The permissive materialistic child rearing practice has spread to families across the globe. It has weakened the traditional power of parents over their children. Modern parents are unwilling or unable to control their own children. They are not in charge. Children are allowed to make significant life decisions that they have not been trained for or possess the maturity to make appropriately. Too many of these youngster’s unguided actions are life altering, which often places them in a hole that they have difficulty digging themselves out.

The nanny-central government jumps in rewarding them financially or providing a program that will “re-educate,” propagandize them to be more supportive and conforming to their government’s mandates. In essence, they trade their freedom for being bailed out of foolish actions they committed.

Crimes, unwanted pregnancies and dysfunctional lifestyles are attributed to socioeconomic conditions rather than to bad choices. The people in these dire circumstances are considered victims. Rather than receiving natural consequences for their decisions these people have become entitled to special programs giving them privileges for their future votes.

Instead of becoming self reliant and independent, the nanny world government elites are structuring these societies to produce dependent “sheeple.” These are non- thinking, easily led people.

The breakdown of parent’s power in the family has hurt the child’s respect for authority. This invaluable social unit’s decay has to be reversed. Only strong parents unleashed from the restraints of not being “in charge” parents rocking the cradle as loving parents did for centuries will bring back strong and independent youngsters and adults.

There are no more invested adults than the parents to shape the child in every way. Normal parents have their child’s interest at heart making sure the child has the necessary knowledge and training to become a successful citizen.

When government institutions attempt to raise children, the government’s interest comes first. They educate and re-educate through adulthood to increase dependency and allegiance to an all-powerful state.

Governments need to respect the sanctity and rights of parents. Governmental intervention into the parent-child relationship should be eliminated. These insidious programs are weakening the family bond that nurtures independent citizens. These people are the backbone of keeping the nation free.