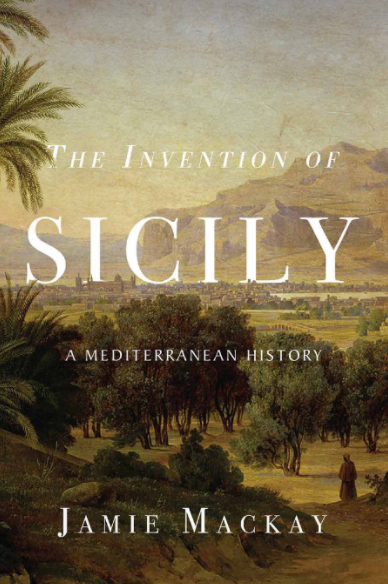 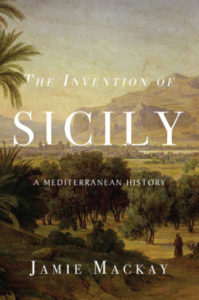 from Europe (in Theory) by Roberto M. Dainotto

In Un Chien Andalou (An Andalusian Dog), a 1929 Franco-Spanish silent short film by Spanish director Luis Buñuel and surrealist artist Salvador Dalí, there is a striking image of a man pursuing a woman while pulling behind himself two grand pianos, two bloodied and dead mules, and two members of the Roman Catholic clergy all roped together. This well-known film image has always evoked in me the notion of the encumbrances of our European heritage, the baggage of our Western patrimony. And, no region in Europe has been more plagued by these most oppressive burdens of history than the island of Sicily.

Sicily is said to be the most conquered region on earth. It is this remarkably multifarious past that intrigues so many of us so much about the island that is also the homeland of my grandparents. Sicily fascinates and baffles us by virtue of her extremes. She is both verdant and desolate, both abundant and spare, both hospitable and forbidding. Yet, so many of us keep returning to her shores. We continue making films about her. We persist in writing of her marvels and her secrets. We keep trying to crack the Sicilian riddle believing that which is so satisfying in Sicily will somehow overturn so much that is amiss in Sicily.

In the Epilogue of his new book The Invention of Sicily: A Mediterranean History, author Jamie Mackay writes,

For centuries Sicilians have struggled to assert their autonomy
in the face of Catholic monoculture, Italian nationalism, fascism
and organised crime. Now, as a new migrant population begins to
establish itself, they have begun to envisage a different kind of society.

In this Epilogue, Mackay gives the most lucid depiction of a new rising Sicily that I have yet to read. His dauntless narrative would somehow stand as hollow, though, without the preceding well-documented eight chapters that render the requisite groundwork for the reader to grasp the context for the millennia of Sicilian contentions. There is no escaping the fact that the story of Sicily is every bit as entangled as the image from the Buñuel/Dali film.

“Nothing is ever finished and done with in this world,” says Don Fabrizio from Lampedusa’s The Leopard. It seems in Sicily history is never over. The past, the deep past is eternally present in Sicily. This can be simultaneously beautiful and stifling.

For the islanders themselves, life is and has always been
characterised by the almost constant exchange of people
and ideas across and beyond the Mediterranean.

Is this multiculturalism from a period of time before such terms were even thinkable? I think not. This was empire, and if you held Sicily you ran the Mediterranean. It has always been about running the Mediterranean. I write this remembering that my own country has installed listening devices atop the island’s hills and mountains to eavesdrop on suspected military rivals across the Mediterranean Sea.

Mackay goes on to write,

Sicilian history has been white, Christian and Western, certainly,
but it has also been, and still is, black, Arab and Muslim among
other things. Such ambiguities are present everywhere, but they
are particularly visible on the shores of the Mediterranean. This
is what makes the region so exciting. It’s also what makes it difficult
and, for some, uncomfortable.

“Uncomfortable,” would not have been the word I’d have chosen for a response to out and out racism and classicism, but Mr. Mackay, I believe, is trying to be conciliatory, and I am too old for such evasive language.

Sicily still has its hierarchies. Not the hierarchies of the era of The Leopard but hierarchies just the same. The notion of privileged groups has never been disguised in Sicily. It is preferential treatment exercised in the light of day that contributes to the sardonic Sicilian sense of humor.

Mackay goes on to tell us,

…international observers, particularly in America, began to
look at Sicily in surprisingly favourable terms. To some extent
this might be said to have begun as early as 1972 when Francis
Ford Coppola released his film adaptation of The Godfather.
The plot, it’s true, is concerned with murders and racketeering.
Nevertheless, the on-screen version of the island is that of a
Mediterranean paradise, where despite the gang violence life is
essentially comfortable. The Cosa Nostra of Coppola’s world is
not made up by thugs like (Toto) Riina. Their leader is the charismatic
and charming Don Vito, who rules over his organisation according
to codes of honour and respect.

Here the author is spot on. Those whose ideas about Sicily begin and end with Coppola’s film are as well informed about Sicily as Gone with the Wind would inform one about the problems of race in the United States. Sicily’s past cannot be sentimentalized. Poverty and the marginalizing of entire peoples is not something for which we should have any nostalgia. These were not, “the good old days in the old country.” Sicily needs modern economic prosperity.

“Everything changes,” Ovid writes in The Metamorphoses, “nothing perishes,” and, yes, Sicily is undergoing big changes, changes that are neither seismic nor volcanic. They are social changes and hopefully economic changes.

I have written in different contexts that the Sicilian terrain is very similar to that of California. Sicily has a great many of the attributes of California. It is sunny and rugged. One can grow grapes and citrus. Sicily even has some very fine universities. Why isn’t Sicily the Silicon Valley of Europe? Who wouldn’t want to live there? The weather’s great, the food, wine, beaches, mountains, boating, skiing. What’s not to love?

Prosperity for Sicilians means choice and the only choice Sicilians have had for the past one hundred and fifty years was to leave the island. My ancestors left Sicily for the United States. Others left for Australia, Latin America, and North Europe. They sought the promise of a new land. They sought opportunity. Now, refugees see Sicily as a new land. Is the promise there?

I was on and off the island making a film between 2014 and 2016. The film was released in 2017. I could not return to the island until 2018. Over a few years, Sicily had changed. No question, Palermo, Catania, and even some not traditionally touristic towns seemed more vibrant. There were more feet on the street, more economic activity, and possibly leaning way too much in the direction of American consumerism. Goethe wrote in his diary: “Italy without Sicily leaves no trace upon the soul. Sicily is the key to everything.” Sicily is the key and seems to be transforming before our very eyes.

Mackay’s new book is not simply important, it is a necessity for a reader who wants to comprehend a new Sicily that is metamorphosing before our very eyes. His book is a needed piece of the discussion on Sicily because it offers a glimpse of a promise of change. But are things changing only to remain the same?

Let us try to believe as the author Jamie Mackay believes that changes for the better may be in store for Sicily. He is a younger man than I. I want to believe his vision is correct, and I hope he lives to see a better Sicily even if I will not.