The Long Finish for Sicilian Wines 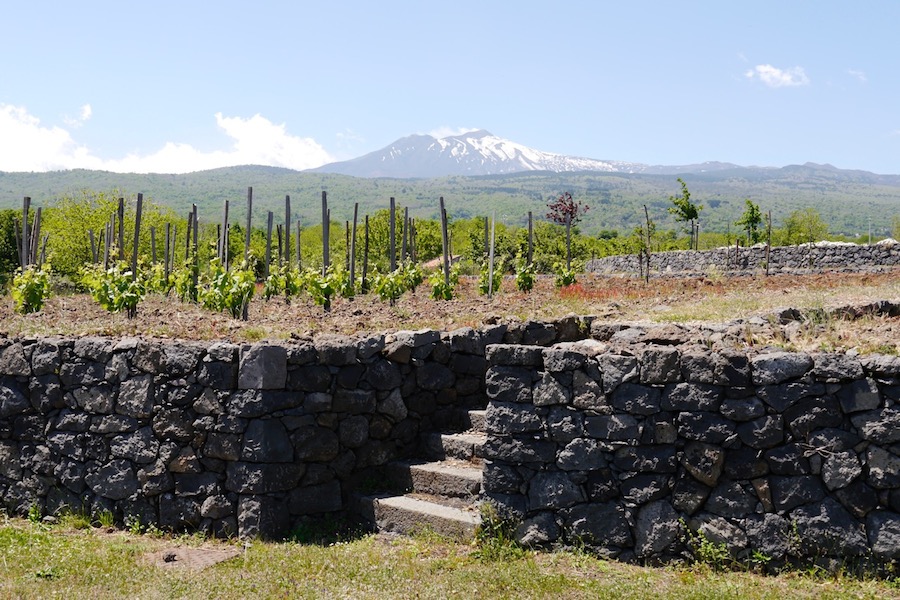 Italy was unified in 1861. I’m not here to debate the success of that event, but we did recently celebrate the 150th anniversary of what we now know as Italy. The realization of the unified states into one country, with the immense gifts that each has to offer, historically, artistically, and, of course, agriculturally, yields a powerhouse of a land for which tourists and foodies can’t seem to get enough. 63% of Italy’s economy is tourism. Happily, this also bodes well for the wine industry.

I do not enjoy pairing the words wine and industry. While it requires the most industrious of efforts to bring a grape from farm to table, the process and the result is really more about art, each glass the result of painstaking effort, imagination and constant reckoning with Mother Nature. Nowhere in Italy is this struggle more pronounced than in Sicily. 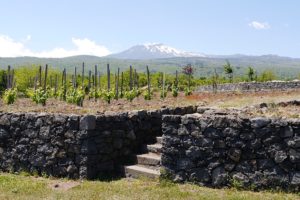 Wine has been part of Sicily’s agricultural and cultural heritage for millennia, storied and woven into myth and religion. It has spanned the ages from the Greeks and Romans, to the feudal systems of the nobles, a spark of entrepreneurial spirit in the late 1800’s, followed by mass emigration and a decimation of workers, to a new renaissance on the slopes of Etna and beyond. It has been a roller coaster ride of successes and failures for Sicily’s wine industry that has perennially done battle with politics, regulations, taxation, and perception.

Rustic table wines, or bulk ‘sfuso’ wine, and fortified wines, were the predominant wines in Sicily for ages. Drunk locally, these heavy and high alcoholic wines were eventually recognized and found a market in France, offering body, depth and color to French wines after their devastating bout with the phylloxera disease. Even wines in Northern Italy relied on Sicily’s heartier wine to refine their own. While bulk wine is still enjoyed at the family table today, often coming in unmarked bottles from local cooperatives, time and evolution, education, support, promotion, and even some regulation, has given rise to a growing interest in the refined wine segment in Sicily, the wines that compete for space in the best restaurants and stores worldwide. Since the 1970’s, the US interest in consuming Italian wines has been steadily on the rise. Smaller wine production is resulting in wine of a much higher quality than ever in its history and it is now often associated with words like elegant, meditative, structured, and refined. 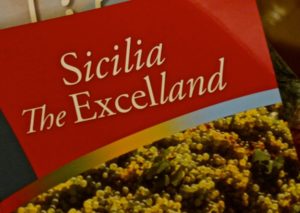 For what is emerging today, credit must be give to some of the historically important families in the Sicilian wine industry, among them: Tasca, Planeta, Alliata, Rallo, De Bartoli, Florio, Occhipinti, Nicolosi and Benanti, names we are still familiar with today. These families took chances, risked fortunes, and represented the smaller families in the business. They worked to improve production of Sicily’s indigenous red and white grapes and took a leap importing other types of grapes to blend. Typically, the results of their efforts and experiments took years to assess. But as the fruits of their labors settle, we are seeing incredible results today. What has been secured for Sicilian wine producers, is respect for the wines and an exploding and appreciative following. The families like Franchetti and de Grazia have brought techniques and innovation to Etna. Relative newcomers like Cornelissen from Belgium, young siblings like Loredana and Eugenio Vivera or descendants like the daughters Ariana Occhipinti and Claudia Alliata, are putting their ambitious mark on the industry. There are even some women oenologists, a rarity in the traditionally male world. This new generation of wine makers is young, educated, savvy and dynamic and will continue the work of those before them.

All of this translates to an exciting market for wine lovers and consumers. Recently New York City hosted its annual wine events, major conferences that offer the opportunities for the trade to taste, meet producers, make importing and distribution connections. They are wonderful events hosted by organizations such as Slow Food, the Italian Wine and Food Institute, and the Italian Trade Commission. There are talks and seminars. This year, Vino 2015 focused on the wines of Southern Italy. Hitherto an overlooked region, it has now become a focus of attention. Gala 30 celebrated 30 years of an explosive market in Italian wines overall. Imagine that in 2001 Italy surpassed dominant France in both quantity of imports and total value. Today, Italy dominates the US market in every category, value, selection, variety and quantity. 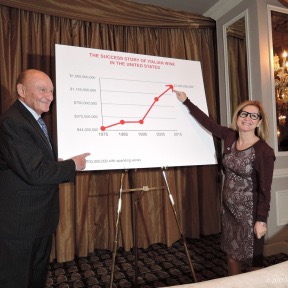 Today, Sicily still produces a lot of wine and it is statistically the most important wine growing and producing region in Italy, although ironically, the Sicilians themselves drink the least of the Italians. Two thirds of the grapes in production are white varieties, mostly Catarratto and Inzolia, and one third red, Nero d’Avola, of course. The heaviest production is in the Western part of the island, with the other regions, the Southeast and Etna following. There are 23 DOC zones in Sicily, and one DOCG, each with a distinct identity! The unique characteristics determined by this very varied terroir in Sicily, make these wines extremely interesting and desirable. Coastal and salty air, elevation and cool winds, minerality thanks to a volcano, 300 annual days of sunshine, dry heat in summer, winter rains, and the hot and dry Sirocco winds from Africa, all contribute to every vintage, and that’s before the process of vinification begins. The producers, mostly small and medium-sized enterprises, even micro-enterprises, create art in a bottle. Every glass is a reflection of intense creativity, mental calculation, physical labor, collaboration of passionate minds, blind faith in nature, and, never to be underestimated, investment. The ancient poet Horace had it right: “No poem was ever written by a drinker of water.”

The best way to learn about this subject is to go. Go to the vineyards, meet the people, and taste the wines. Like a docent explaining a painting, you will gain appreciation for every aspect of the wine and its production. What makes it even more special was said well by a friend, Peter Yi, “The people of that sacked city on the hill drank wines from the same vineyards we drink from today, a living connection to an abstract past.” 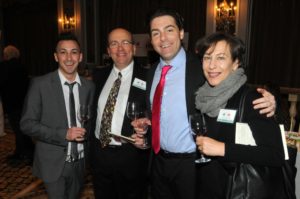 When I am in Sicily, I explore wineries continually, enjoying their history, stories, passion, and personality. I bring tours and send travelers for fun and illuminating afternoons. When I am in NYC, I taste, and I read. I ask my favorite stores to bring more Sicilian wines to their shelves.

What you should look for if you want to taste at home:

The indigenous grapes are used for wines both in purezza and in blends. The most popular red wine grape is Nero d’Avola. It is grown in the Western and Southern parts of the island and the wines are easily available in stores. It can be robust and full of minerals, and sometimes, on the high alcoholic scale. The other red grapes you might find or can ask for are, Nerello Mascalese, and Nerello Cappuccio from Etna, Perricone or Pignatello from the area of Trapani, and Frappato from the Southeast. Each one is different and produces very interesting wines.

White varieties you can ask for include Cattaratto, Inzolia, Grillo and Grecanico, all from the Northwestern areas. Carricante is the most important white grape on Etna and owing to the recent fascination with Etna wines, it is now well planted in a relatively small area and makes up 98% of the white grapes grown on the slopes. It can be lower in alcohol than other whites and full of rich minerals. Every wine designated as Etna Bianco must contain 60% of this grape.

Dessert wines are the backbone of Sicily’s historic production. England’s John Woodhouse was the first to recognize potential in 1773 and he produced the first fortified Marsala wine. Today, this wine, which was often thought of for cooking, has some very fine producers and it is enjoyed as an aperitif.

Passito comes from the Zibbibo grape. Zibbibo means raisin in Arabic, a reference to the Arab custom of sun drying the grapes. This grape was recently awarded UNESCO status, an unusual award for UNESCO, but another feather in the Sicilian cap. Mostly, this grape grows on the volcanic island of Pantelleria, which is closer to Africa than Europe.

Malvasia delle Lipari is another sweet wine derived from increased sugars in the sun drying grapes. Its grape comes from the Aeolian Island of Lipari, but Malvasia is grown abundantly on the island of Salina, as well.

Passito of a slightly different type is made in Noto, South of Siracusa, not far from Avola..

A very interesting and entertaining read about wine in Sicily is the book Palmento­ written by Roberto Camuto. It will teach you a lot about Sicily, the wine and the personalities that pepper the business. It will make you absolutely yearn for your next glass of Nero. For a more historically detailed and well-researched book, The World of Sicilian Wine by Bill Nesto and Frances di Savino is an excellent read.