The Phoenicians in Sicily 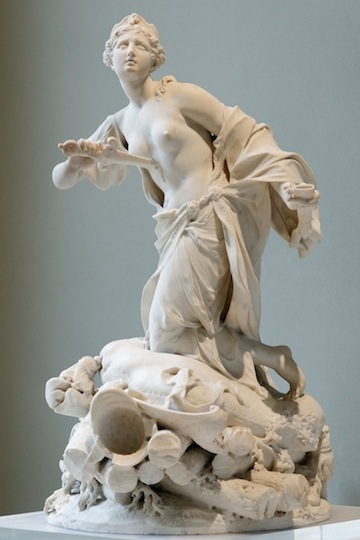 Author of Motya, journalist and broadcaster, Gaia Servadio, takes up the story of the Phoenicians in Sicily, starting with the Roman poet Virgil’s Aeneid and Queen Dido of Tyre.

When Aeneas sailed along the coast of Sicily, Dido had already committed suicide. Virgil‘s description of that coastline is so accurate that one may imagine that the poet knew it personally or sought the visual experience of sailors and voyagers.

In reality Dido, Queen of Tyre and Carthage, could not have died then because she was born about 300 years after Aeneas. If we date the Trojan war at around 1,700 BC and, with more accuracy, the foundation of Carthage at 810 BC, we then realize that the two heroes of Virgil’s epic poem had little chance of meeting except in Hades. 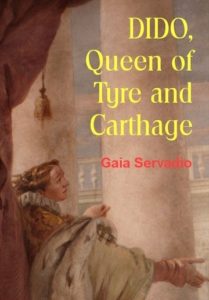 When Aeneas’s ships sailed towards Sicily, the island was yet to witness the arrival of the Phoenicians or of their progenitors, the Canaanites. On the other hand Aeneas came from Asia Minor and the myth of his settling in Italy could be read as symbolic of the first expeditions of those enterprising Asian tribes that came to be known as the Etruscans.

The Phoenicians arrived in Sicily during the 10th/9th century, many settled at the same time as the foundation of Carthage for the same reason, civic disorders, shortage of food and over population. By the 9th century Syracuse was already a Phoenician settlement –its island, peninsula and double harbour was a typical choice of the Cannanites. Solunto (Selaim, Punic word for rock), and Palermo, both on the Sicilian Western coast, were possibly founded by inhabitants of Biblos or Amrit/ Arwad. (The Phoenician city states stretched from today’s Syrian coastline to the Lebanon and to Israel) These people brought to Sicily a plant which the Anatolians had used to make a ritual liquid, symbol for blood, slumber (death) and euphoria (life), the vine. On the other hand the Phoenicians saw the utility of wine as food, to give courage and vitamins during the long voyages, the Insolia – from which Marsala wine is made- and Grillo vine are originally Phoenician.

The Phoenicians were so called by the Greeks but they thought of themselves as Caana’ and built trading stations on their sailing routes rather than colonies in the Greek sense, bases for their ships to spend the windless seasons, sites from which to trade.

On the Western tip of Sicily, near today’s Marsala, was Motya, another flourishing Phoenician port with two harbours, salt mines, an arsenal and  deities such as Taanit, Baal and Melquart. On the mountain of Erix overlooking Motya, was the temple dedicated to Astarte famous all over the Mediterranean for sacred prostitution, popular with sailors well into the Roman age.

Most Phoenician trading ports in Sicily were dependant on Tyre and then on Carthage which went on paying a heavy tribute to its mother city even when more powerful. Tyre flourished in 1,000/800 BC starting with the reign of King Hiram who had trading relations with the dynasty in Judah-Israel and found a solid relationship with David and then his son king Solomon. Queen Elissa was Solomon’s grand-daughter and, following a coup d’etat in Tyre, she fled to Cyprus (a dependant of Tyre) and then on to found the new city of Carthage whose name means exactly that: new city.

Elissa (el issa, the goddess) who had inherited her kingdom through the female line, as was customary in Mesopotamia and Egypt, then took the name of DIDO, the leader, the feminine form of DVD, David,  Dux, leader.

We don’t know to what extent the figure of Dido is legendary, but the coup d’etat at Tyre, her brother Pygmalion and the sudden weakness of the kingdom are part of history. Strangely what is less known are the trading and cultural links between Phoenicia and Sicily which are recorded by archeology; for a people who invented the alphabet as we know it, little had been left for us to read since, alas, those great Phoenicians wrote on wax and on papyrus, they didn’t have marble on which to sculpt great deeds and all they wanted was trade, not to conquer territory.

My book on the story of Dido is partly fiction and party history. It is an ebook on available on Amazon, Kobo and iTunes

Gaia Servadiohttp://www.gaiaservadio.com
Born in Italy, Gaia Servadio has spent most of her life in England. Gaia’s first novel became an international best-seller. Her career has been varied – from restaurant critic to theatre and art critic to politics. She has also written on international politics, was considered an expert on the Mafia, writing three books on the subject, besides making two documentaries for the BBC. She was a war-correspondent and has had exhibitions of her paintings in Rome and Milan.