The Sicilian Film Festival Shines a Spotlight on Turkish Cinema 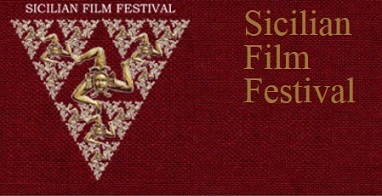 Films often act as a prism that refracts the issues facing a nation, and Turkish cinema in particular serves to encapsulate the cultural and social turmoil of modern-day Turkey.  Marked by continually shifting ethnic demographics and politics, Turkish society struggles to reconcile modern attitudes with traditional morals and centuries-old customs; not unlike Sicily in many ways.

Turkish Cinema is honored at the Sicilian Film Festival on Sunday, April 15th, at 7:00 p.m. at the Miami Beach Cinematheque, with two films, a short film The Little Girl (Kiz Çocugu), directed by Hakan Berger and the feature film, Being Italian with Signora Enrica, directed by Ali Ilhan.  The producer of the film Elvan Albayrak will be in attendance.

Nazim Hikmet Ran’s poem The Little Girl (Kiz Çocugu) otherwise known as the “Hiroshima Girl” conveys a plea for peace from a seven-year-old girl, ten years after she has perished in the atomic bomb attack at Hiroshima.  It has achieved popularity as an anti-war message and has been performed as a song by a number of singers and musicians both in Turkey and worldwide.

Being Italien with Signora Enrica

Being Italian with Signora Enrica is a lovely film about the uncommon relationship of the Signora Enrica (Claudia Cardinale) and the Turkish student Ekin. The movie directed by Ali Ilhan is also starring the turkish actor Ismail Hacioglu and Fahriye Evcen.  After her husband had left her years ago, also leaving their son behind, Signora Enrica becames infamous in Rimini for not letting a single male into her household. She rents the spare rooms in her house to female students, tailors as a secondary job and also works at the local market. She breaks this rule, which she kept for many years, for a Turkish student who ends up at her doorstep on a rainy night.