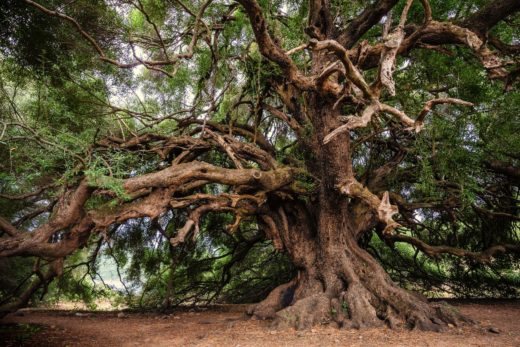 Of the two of us, Suzanne is the better poet, but she writes for herself, to express her own thoughts and not for general consumption; perhaps one of the best motivations for writing poetry.  I am somewhat more incontinent in my efforts and less gifted.  Recently, I have been reading up on the Sicilian School of poetry, headed up by Giacomo da Lentini and including such notable names as Cielo d’Alcamo, often known locally as Ciullo.  The School, a title appended by scholars, was a literary movement that used the vernacular language rather than turning to other models such as the Provençal of the troubadours.  The Encyclopaedia Britannica credits it with the invention of the canzone and sonnet forms in Italian literature, as do many other sources.

There is a sonnet form specifically know as Sicilian octave, which has 8 lines per stanza and follows a pattern of ab ab ab ab rhymes; in other words, line 1 and line 3 end in the same rhyme, 2 and 4 do the same etc.  So, I set myself a thought experiment – could I write something in English, based on the Sicilian Sonnet octave.  Traditionally, the octave is written in hendecasyllables, a rather complicated way of saying 11 syllables for each line.  Not wishing to tie myself up in Giacomo da Lentini sized knots, I opted for iambic pentameter, the verse form favoured by Shakespeare and much suited to English.  It has a 5 beat heart rate per line, sort of like th-THUMP, th-THUMP, th-THUMP, th-THUMP, th-THUMP.  I realise I’m getting into Dead Poet’s Society territory here, so I’ll just give you the verses.  They are fully or in part inspired by Sicily.  I make no pretensions towards quality; they are, as stated, an experiment.  I know some of the rhymes are a bit dodgy, but even Byron had to pronounce Don Juan as Don Giu-an in order to make some of his stanzas rhyme. 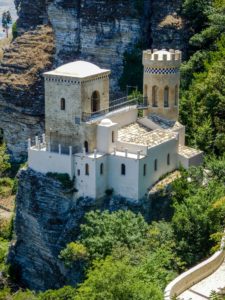 ‘The Castle on the Hill’

The bastion stares through age upon age mute,
World weary stone a passive face of loss,
Just human folly craves to quell the brute,
The mortar cares not whilst it creeps the moss,
Blood soiled earth reveals the same dear root,
We stake our flags, a flightless albatross,
Lost centuries conclude to build not loot,
A life will grow shared beyond this chaos.

To learn is precious history proves but yet,
Sun heated bones have mysteries still kept,
So study those lines etched deep, not regret,
Slow moving still, piano they once crept,
Face forward but look back life’s lesson set,
The uplands strewn with barriers, we wept,
Now echoes roll the hillsides coastal fret,
But finally folk speak as the ghosts slept. 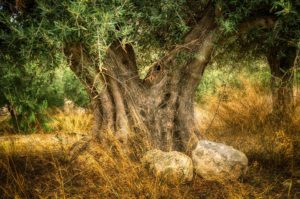 Greek, Saracen gnarl, bark of ages past,
For thought, for soul, for food, for light,
Once Sancho’s restful bed in peasant caste,
Or fuel soon spun by culinary wright,
An ancient staple always there steadfast,
In Sicily profuse, a common sight,
Mythologised in northern climes miscast,
Mal-used by poetasters with no birth right.

Amphorae traded for the trite and crass,
But use and beauty linger very near,
A walk beyond horizons lost trespass,
To land well versed in centuries’ brash smear,
It will survive as we destroy en masse,
The tree an icon, birth by fire each year,
Millennial they say but which alas,
No matter, look and learn overcome the fear.

If any of you would like to have a go at Sicilian octave, by all means post a verse below.