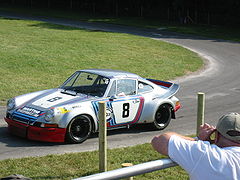 Between 14th-16th June, the Targa Florio, which is now part of the International Rally Challenge, will be held in and around the Madonie mountain range here in the province of Palermo.

Originally, it was probably the oldest open-road car race in Europe and was founded in 1906 by Vincenzo Florio,  a wealthy aficionado and pioneer racing driver from a prominent Sicilian family.   The name Florio is also connected to a famous Marsala dessert wine.    But that’s another story!

Considered by all who competed in it as probably the toughest and most dangerous of all car races, one can easily imagine that the roads through the Madonie were not built for cars in those early days.   Even in the 1960s, although the road surfaces were slightly better, one racing driver said that there was a 44 mile lap which had 710 corners along which there were stone walls, dogs, farm animals, spectators and even bandits who all contributed to the numerous hazards along the way.   Also a missed turn might mean a horrific drop down the side of a mountain.

Nevertheless, many famous drivers have competed in this race including Tazio Nuvolari, Enzo Ferrari, Stirling Moss and Jacky Ickx.

Up until 1973 it was classified as a World Sportscar Championship and then because of safety concerns and a number of horrendous and fatal accidents, it was turned into a rallying event in 1978.

The race will start from Palermo but then continue over a mountain route (see map below) which will be split into two legs with a certain number of laps.   The internal mountain route starts from Buonfornello, at sea level, rising up to over 600mts. a.s.l. around Petralia Soprana, then exiting at Lascari and ending up in Termini Imerese for the winners presentation ceremony.
Over the 3 day period the drivers will cover more than 640kms. Let’s hope that at least the co-drivers will be able to enjoy some of the stunning scenery along the route!
Carmelina Ricciardello
Share
Facebook
Twitter
Pinterest
WhatsApp
Previous articleMY PARENT IS MY BFF
Next articleThe Not So Little Town of Sant’Ambrogio

Carmelina Ricciardellohttp://www.sicilianexperience.com
I’ve decided the best way to help the Sicily I love is to promote it to people who want to live life as a Sicilian local. My name is Carmelina Ricciardello. I was born in Sicily and emigrated to Australia when I was 7 years old. In 1992, twenty eight years later, I returned to my homeland for a short visit and have been here ever since. It was in Sicily that I felt the sense of belonging I had never experienced in Australia where I grew up. Sicily was in me and now I am in Sicily enjoying its beauty, joys and difficulties. Sicily has little of the glamour of Tuscany, and Umbria but it has its own unique character born out of the hardship and brutality that characterised much of its history. I had an obsession to tell the world about its unpretentious beauty and relatively untainted village life. Not to turn it into yet another popular tourist destination but to provide an opportunity for keen travellers to taste the simple life of a Sicilian villager.