The Troglodytes of Sicily 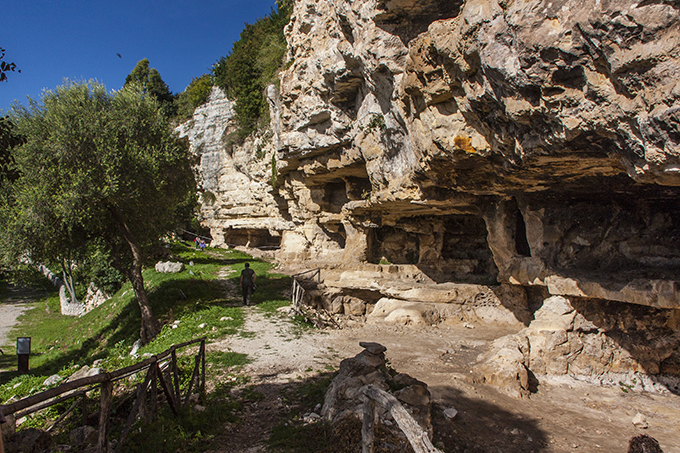 Living in a cave is not as prehistoric as it may seem. True, a troglodytic existence has a long and venerable history; caves provided early people with their first escape from the prevailing environmental conditions whether freezing cold or baking heat and they were a refuge from marauding animals hell bent on making a meal of the Stone Age family unit. However, life under a Palaeolithic roof has developed somewhat in the ensuing millennia. One need only look towards Guadix in Spain or Coober Pedy in Australia to understand the benefits of living in this manner.

The climate in Coober dictates underground living and many of the opal miners fashioned residences below the surface, which have now become homes with all the facilities of the modern world. Although we haven’t visited this area of Australia, we have seen inside the caves of Andalucía’s Guadix. Situated in the Province of Granada, Guadix’s cave district to the south west of the town centre is an extraordinary place. Small white chimney pots stick out through grassy hillocks like miniature church spires ethereally unattached to the rest of their structure.

The entrances to these residences can be found where the ground dips to reveal a hollow. Into the side of the banked earth and stone, the enterprising citizens of the town opened up their cave dwellings, sometimes creating four or five bedrooms in the bedrock. For centuries these were fairly rudimentary affairs, simply furnished and with few amenities. As the twentieth century progressed, those who chose to stay as troglodytes decided it was high time to bring their caves into the modern era. The giveaway for any visitor to the area is the plethora of television aerials and the occasional satellite dish that spring from the sides of the rolling knolls. Some homes are open to the public and, aside from the rough-hewn stony whitewash, you would be hard pushed to distinguish the interior of a cave from a country villa.

The stone of the interior is the perfect air-conditioner, a fact that would not have gone unnoticed in a Mediterranean climate. Unknown to many, Sicily has its own cave district, although it has fallen from use. It’s only through imagination that twenty first century life can be conjured within the confines of the structures cleaved from the rock. The district was once known as Spaccaforno, only to be rechristened Cava d’Ispica in 1936. It’s a 20 minute car ride from the town that gives the area its modern name: Ispica, a settlement located near the island’s southernmost point of Pachino.

When Edward Lear, the nonsense poet and artist, visited in 1847, he found troglodytic life continuing. He wrote a letter to a certain Chichester Fortescue in which he christened the inhabitants ‘trogs’ and, rather derogatively, ‘froglodytes’. As was customary for Lear, he accompanied the written word with drawings and paintings, sometimes cartoonish, sometimes fleshed out in glorious colour. In one sketched vignette, he portrays himself and his companion, John Proby, in full Victorian regalia, whilst the ‘trogs’ are shown as hairy, pointy-eared individuals – the modern caveman and woman personified. Lear was always whimsical, but one can’t help feeling slightly nauseous at the implied association with poverty and backward thought.

He sought to ameliorate that impression with equally patronising words about them being ‘very good creatures’. Lear’s attitude was probably not helped by the fact that he saw a community clearly in decline, a steady waning that would continue until the end of the century when the caves were left virtually deserted. However, the grottoes did not conform to the simple stereotypes propagated by the whimsical artist and writer. There was a certain rough sophistication to some of the structures, many of which were in use from the Greek era onwards.

The Grotta dei Santi in the Baravitalla area contains wall paintings of saints, 36 in total. The peeling blue backgrounds and gold haloes are in perilous condition; although the overall figures are discernible, the faces have been largely obliterated. Scholars attribute them to the Byzantine period and fragments of Greek inscription have been found. The residents also catered for their departed. The Larderia is the largest catacomb in Sicily, with three aisles full of burial niches carved from the floor. The central aisle, over 40 metres in length, is crossed by the other shorter lateral arms. The overall effect is one of human honeycomb, a giant nest of the dead, which only came to light in 1982.

The geological zone is essentially calcareous and, therefore, easily weathered by the elements or any watercourses flowing through the terrain. Thousands of years of erosion have cut deep ravines through the landscape, creating the perfect location for grotto life. In some cases, it is easy to see how dwellers raised aspects of their cave off the valley floor, avoiding the flood waters which occasional rip through the area in a downward rush towards the sea. Torrents were not, however, the only peril for those who lived apart from the burgeoning baroque excesses of south eastern Sicily.

Ispica was in the desperate path of the 1693 earthquake that had such a devastating effect on the Val di Noto. The stone of centuries was unable to withstand the turbulent gods beneath the Sicilian soil and a section of the southern caverns became uninhabitable. It was the trigger for depopulation and closed some structures that were only reopened in the latter part of the twentieth century. The Cava d’Ispica is now an archaeological park accessible from the strada provinciale that runs to the north west from the Noto-Pozzallo main road. Rather than a naive settlement of humble troglodytic souls, it was a complex warren-like society with its own fortifications, churches, meeting halls, cemeteries and individual dwellings.

They are also authors of Andalucia: A Literary Guide for Travellers, which was also reviewed by the Times Literary Supplement: ‘a thoughtful, thoroughly researched and remarkably well-balanced scholarly guide to the literary history of one of Spain’s most eulogized regions.’

Andrew is the translator of the recently released Borges in Sicily by Alejandro Luque, a travelogue in search of the photographic locations used by Ferdinando Scianna when he took images of the Argentinean writer, Jorge Luis Borges, during his island tour.