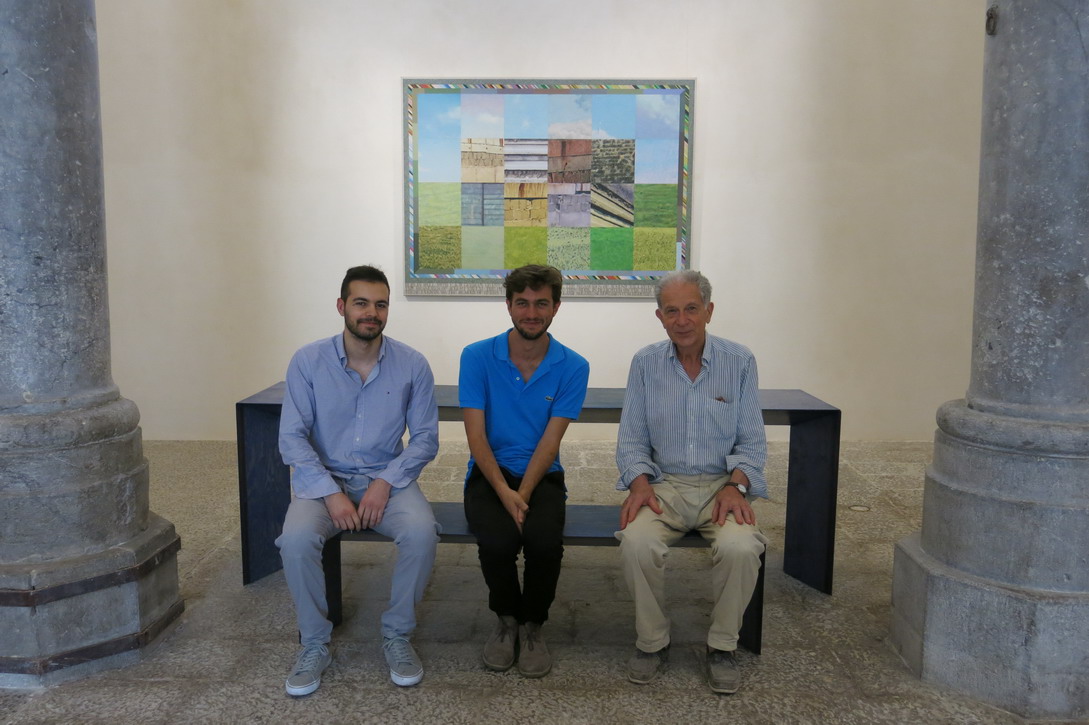 What brings Massimo Valsecchi, gallery specialist, art collector, academic, and passionate philanthropist to Palermo? Massimo and Francesca, his wife, were in search of a place to display the prestigeous Valsecchi collection and a combination of circumstances brought them to this intriguing and beautiful city. 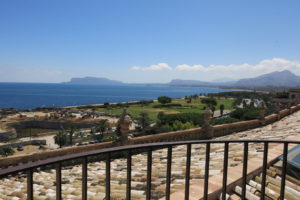 The Valsecchis bought the Palazzo Butera in 2015 with the intention of kick-starting the gentrification of the ancient district of Palermo known as the “Kalsa” (in Arabic “the pure”, “the elected”). Their idea is not only to restore the palace, currently in a less than perfect condition, but to open a casa-museo for their private collection and to give the city back its access to the sea, obscured by the construction of the building in 1750.

It was the aristocratic Branciforte family who had this 9000 sq. meter palace constructed, obstructing an important passage between the city and the water. The Branciforti’s Palazzo Butera became the first palace in Palermo to be visible from the sea. 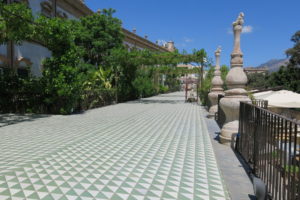 After Stefania Branciforte, the last Princess of Butera, died, the properties and noble titles were acquired by the Lanza family. This period of splendor called the “Belle Epoque” saw the rise of characters such as Pietro Lanza Galletti and his wife Giulia Florio d’Ondes, heir of the prominent Florio entrepreneurial family.

Massimo Valsecchi intends to transform the palace from a forbidding block into a gateway, an opening to the sea for the people of Palermo. A staircase has been installed in the palace to connect the “Passeggiata delle Cattive” (Widow’s Promenade) to the old port, through the Captivae Restaurant and into the palace courtyard, across which, everyone could easily reach the historic city center.

From the day of purchase up to now, Palazzo Butera has seen on-going renovation under the attentive eye of the Valsecchis, who have become permanent residents of Palermo.

During our visit to the Palazzo, Massimo Valsecchi demonstrated the purpose of his extraordinary project. “Sicily for us is a starting point,” he said, “our aim is to give Palermo the international identity it has been deprived of by years of misrule, mafia, bad government, and so on. This city has welcomed us with open arms. Immigration,” he continued, “is a reality you Sicilians have managed for centuries, hospitality is in your DNA. During my first visit to Palermo, I stayed in the Ballarò area and was fascinated by the openess of the people, people from different parts of the world living and working together without any conflict.”

Claudio Gulli, art historian and the curator of Palazzo Butera, guided us through the palace, illustrating the various works of art and their layout. We admired contemporary and classical art which had previously stood in the Valsecchi Art Gallery in Milan.  “Every piece of art gains new significance when it is placed,” he said. “Different to other museums, the works of art are not definitely set but constantely rearranged, giving a dynamic aspect to the museum context.”

A particular painting, “Berlin Wall, German Grass and Skies” by Tom Phillips, a political work of art representing “walls” that thankfully no longer exist, was purposely displayed in the first hall and focuses on the current issue of integration within cultures, which is among the intentions of the project.

“Sicilians,” said Massimo Valsecchi, “for hundreds, thousands of years have considered people coming from other places, not as enemies, but bearers of different cultures, that bring new ideas and great opportunities.” 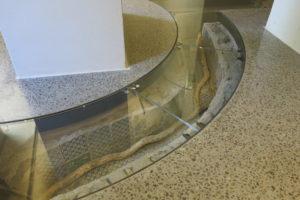 An unusual glass showcase set on the floor of the ground level, contains a strong twisted root, within an ancient majolica-paneled conduit. “This,” continued Claudio Gulli, “represents the connection between exterior and interior. This is the root of the century-old Jacaranda in the courtyard,” Gulli explained, “plants have a natural tendency to search for water, their sustenance; this root, in fact, reaches the water cistern of the palace”. 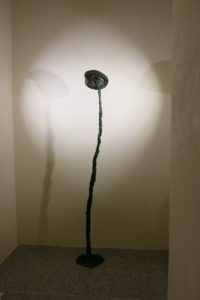 Displayed at the end of the root, a bronze statue, Lacrima, by Poirier, seems to nourish the Jacaranda.

The Valsecchi casa-museo in Palazzo Butera is open to the public although the restoration is still underway. This emphasises the intention of creating an unusual interpretation of what a museum means, i.e. exhibits in continuous permutation, hosting different contemporary and classical forms of art of an international provenance. 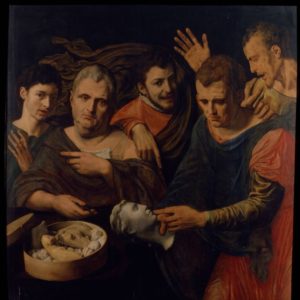 Entering the library we noticed a particular painting set on an easel. “This,” explained Claudio Gulli, “is the only artwork that will be permanentely set in this given position. It is a self-portrait by Franz Floris and William Key dated to 1537 with the three Roman emperors, Vitellio, Titus and Caius, representing the approach with classicism”.

There will not only be exhibitions but also a study center available to students from abroad who, in the near future, can also reside in the guesthouse within the palace during their period of research. 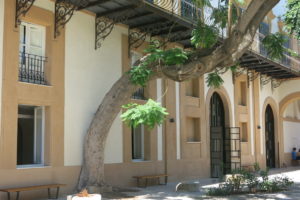 Francesca and Massimo Valsecchi’s collection conveys the heights of artistic work from different historical periods and various cultures and is intended as an educational vehicle for cultural exploration and integration.

For further information, tickets and reservations: