What is Today? Santa Lucia? 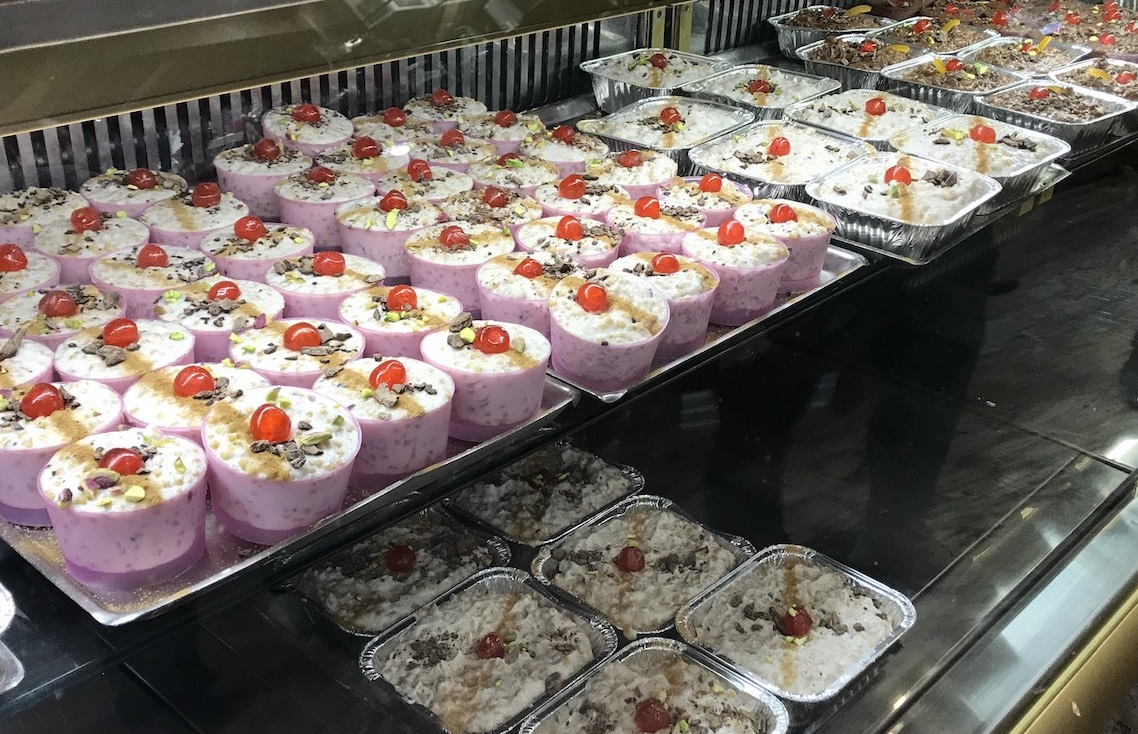 The meaning of this question may be obvious. Someone is asking the date of the celebrated saint…but not for a Sicilian…!

Santa Lucia, patron saint of eyes and sight, is celebrated on the 13th of December. According to religious belief or legend, in the seventeenth century, the Saint saved the city of Palermo from starvation thanks to the miraculous arrival of a ship full of wheat.

Today, for Santa Lucia, many Sicilians maintain the tradition of not eating bread or pasta on that day, which is an enormous sacrifice for a Sicilian! Instead many other dishes are prepared…many and delicious! I must say we have lost the true sense of the devotion towards the Saint, however… 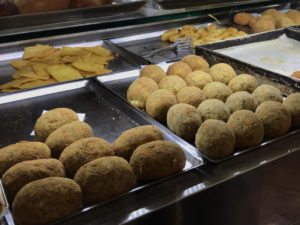 As we say in Italian: “Ogni occasione è buona” which means “every occasion is good”, but for what? For eating, of course! Maybe this is one of the reasons we eat so well in Sicily, but all through Italy, I must say.

As we say in Italian: “Ogni occasione è buona” which means “every occasion is good”, but for what? For eating, of course! Maybe this is one of the reasons we eat so well in Sicily, but also all through Italy, I must say.

The most popular speciality prepared on this day are the arancine or arancini. There is a debate about if this delicious filled rice ball is feminine or masculine. In Palermo they call them “arancine” while in Catania they say “arancini”. Either way they are irresistibly delicious.

Traditionally the arancine were filled with ragù, a sauce made with minced beef  and peas, but now, thanks to Sicilian culinary creativity, there are many versions of arancine. The second most popular ones are those “al burro” (with butter) filled with ham, mozzarella and béchamel. Creamy inside with a crisp bread-crumb crust outside.  Other ingredients used are sausage, mushrooms, salmon, spinach, pistachio…the list could go on forever! Today there is also a sweet version, using chocolate. Well, I personally prefer sticking to tradition.  However, maybe they might be worth a try. 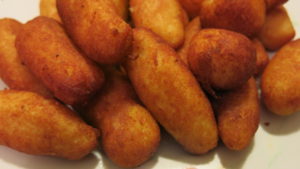 Many other dishes are prepared for Santa Lucia, for example panelle, which are chickpea fritters, potato gateau, which is a pie made of mashed potato  with various fillings, and croquettes. So now you may understand what I mean about interpreting ‘devotion’ .

Let’s go back to the meaning of the question.

When a Sicilian asks if today is Santa Lucia, he or she is actually complaining about the delay with which a meal is served. It’s like saying: