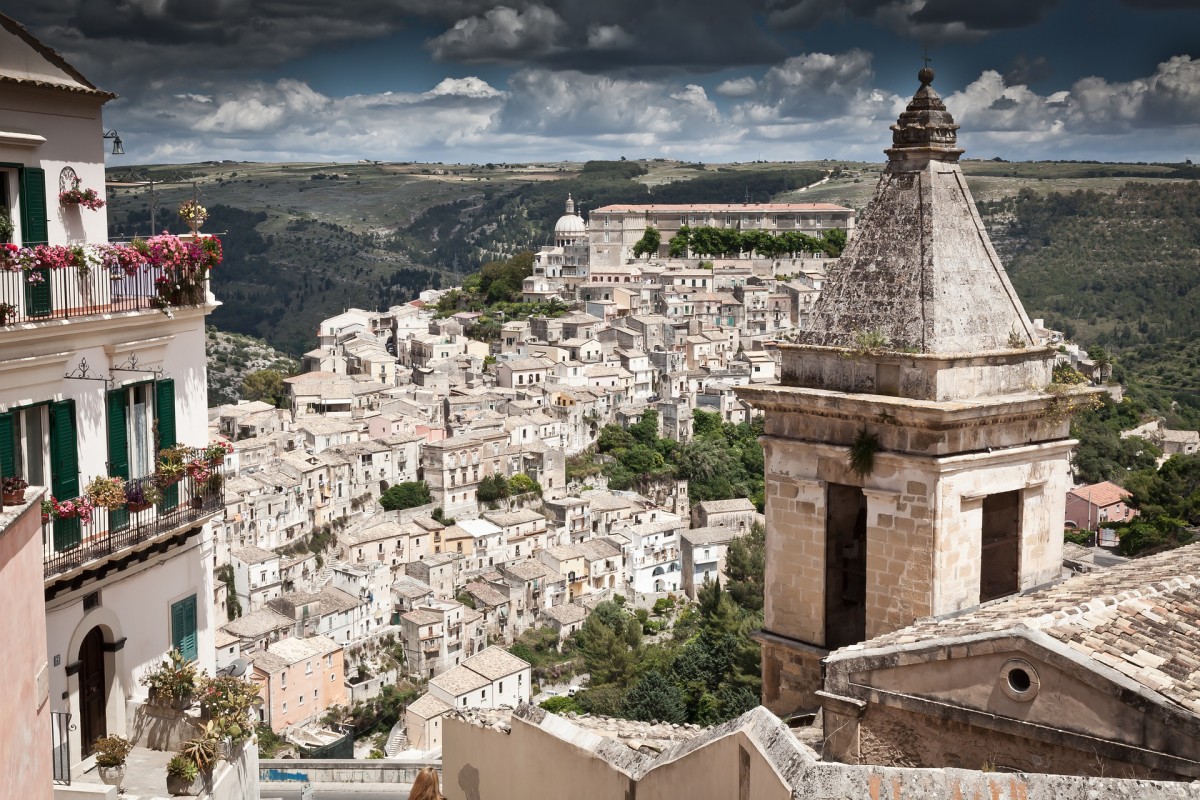 The stereotype is an unadorned hook that provides ample room for the hanging of a lazy, glib association: the English are emotionally constipated, the Swiss are boringly money-orientated, the citizens of the United States are brash and loud, Andalusians are work-shy party animals, Sicilians are wedded to organised crime. Of all these labels, the Mafia mud of Sicily has been the hardest to shift. Through the bad old days of the nineties it seemed that the island would never shake this bitter image. Mention Sicily to anyone unacquainted with its charms and the immediate response would be the M word. Mention literature or film and the suggestion would always be Mario Puzo’s The Godfather. Many Sicilians have become depressingly familiar with these responses, even the island’s large diaspora gets tarred with the same brush.

Since the turn of the millennium, however, there have been increasing signs that an alternative Sicily is emerging. With the recent naming of Palermo as Italy’s Capital of Culture for 2018, hopes are high that Sicily’s international profile is changing. Organised crime still exists, as it does everywhere, but grass roots movements have created a ground swell of opposing forces. It would be incredibly naïve to think that serious problems have evaporated, but, these days, if you mention the island to someone with a culturally savvy outlook, you will get a range of responses. In terms of literature, would the reply still be Mario Puzo? We’re often asked by people planning a trip to Sicily, “what book should I take with me?” The possibilities are almost endless, as Sicily has prompted a rich vein of writing from locals and foreigners alike. These are not necessarily our favourites, as we find it difficult to pick just a handful, but in an attempt to condense some suggestions into a list of golden nuggets, here are five which marginalise the M word.

The story is told from the perspective of a man well into old age, who is ruminating on the days of his youth when he was a school teacher in a provincial town. It is a narrative that reflects the lies we tell ourselves in the quest for love, written in a poetic, lyrical style evoking the gentle melancholy and still beauty of the small Sicilian municipality. After having salved his fixation with eighteen year old Maria Venera by having a perfunctory affair with another woman, the foolhardy nature of the narrator’s obsession is finally revealed when she runs off with a filmmaker. The text is beautifully baroque in its architectural progression, much like the town revealed in its pages, Modica in south eastern Sicily.

The Ruby in her Navel – Barry Unsworth

Rather than focus on events in a Sicily of the recent past, former Booker prize-winning author, Barry Unsworth, transports the reader back to the twelfth century and the melting pot of Norman rule when the island was governed by the same Normans who had recently invaded England. The protagonist, Thurstan Beauchamp, works in the civil service under the Muslim, Yusuf, at a time when Roger II embraced the scholarship of Islamic academics and mapmakers. Thurstan is swept into a world of political game playing and its ensuing brutality. The text captures the divided spirit of harmony and conflict at the heart of medieval Palermo, whose orientalised Norman palaces and churches are still testament to the glories of that fleeting civilization.

In such a lyrical land it would be a shocking omission not to include poetry in your luggage. Lucio Piccolo was the cousin of Giuseppe Tomasi di Lampedusa, the author who never lived to see his one and only novel, The Leopard, become a classic. Piccolo, in introducing his poems to Eugenio Montale, stated that he had intended to capture the fast fading atmosphere of Palermo’s churches and other religious institutions, essentially the dying trace of incense on the twentieth century nostril. He does this admirably, even being condemned as archaic, but the baroque language and lucidity of thought are key to the verses’ impact. Piccolo could only be a Sicilian aristocrat, so imbued are his lines with the eternal history of his land.

The Nobel laureate, Pirandello, notionally set this novel in Liguria, but it is a mask for Agrigento in the south of Sicily. The sights, sounds and atmosphere are redolent of his hometown. Even the storyline reads like a complex escape fantasy potentially contemplated by a Pirandello facing financial ruin and the declining mental health of his wife. Pascal flees a life he can no longer endure and when a corpse is discovered he is taken for dead. This plunges Mattia into a faceless existence, devoid of reality, devoid of feeling and lacking in substance. He feels compelled to return to confront his own death and to become the late Mattia Pascal.

The Scent of the Night – Andrea Camilleri

The choice of Andrea Camilleri seems like a strange one in a list of books avoiding the subject of organised crime. However, closer inspection of his detective series reveals a Salvo Montalbano who has a great variety of cases to tackle, but virtually none that have the Mafia at the core of the crime. The organisation’s members are peripheral, their appearances cameos: the covert message from a lawyer distancing them from a crime, the ramblings of an aged don. Camilleri made the deliberate decision to starve them of publicity and largely expunged them from his stories. Of all the Montalbano books, The Scent of the Night is a good starting point, with its mix of financial con artists, lovelorn spinsters, irate locals and literary allusions. It is not the start of the series, but any reader will soon pick up the nature of the fractious relationships at Vigata Police HQ.  The crime, supposedly a hit, is not quite what it seems.

You could, of course, choose Lampedusa, de Roberto, or something by Sciascia. Readers will have their own choices. Sicilian literature is an almost limitless fount of riches.

They are also authors of the newly released Andalucia: A Literary Guide for Travellers, which was also recently reviewed by the Times Literary Supplement: ‘a thoughtful, throughly researched and remarkably well-balanced scholarly guide to the literary history of one of Spain’s most eulogized regions.’