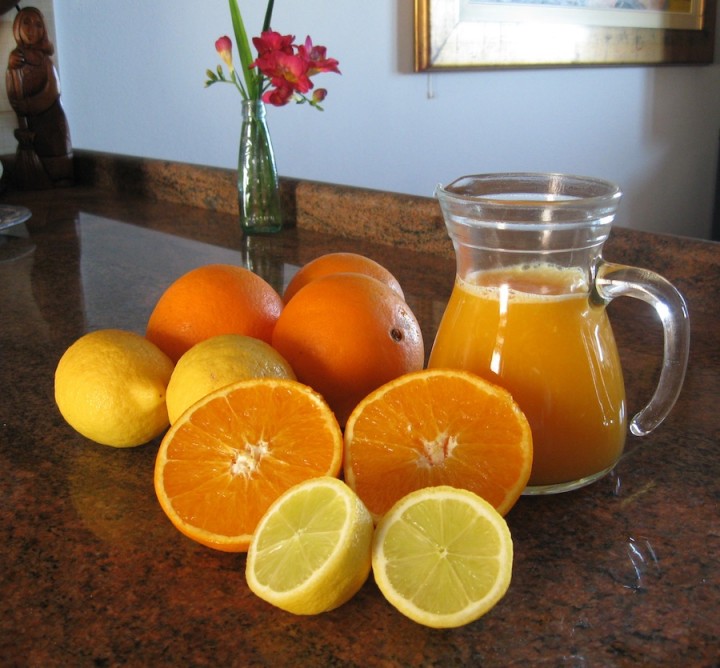 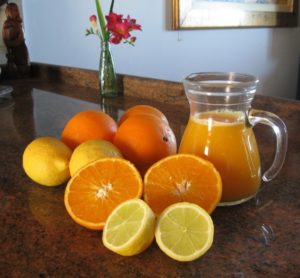 Lately, as is the custom every year in this part of the world, friends are arriving on the doorstep weighed down with plastic bags full of oranges and lemons picked from their own trees. Our important dose of vitamin C is being squeezed to death daily, but there are always too many to drink so ancient, sticky lemon curd and marmalade recipes are dug out from the drawer.

This is the season when orange and lemon trees are groaning under the weight of the fruits hanging from their branches. Few things delight me more than the thrill and satisfaction of picking a fat, highly perfumed lemon from my tree, grating the skin into some dessert and eating it knowing it’s totally organic. As a kid, growing up in Britain, oranges and lemons were exotic fruits mostly found in Christmas stockings but they still exuded warm Mediterranean sunshine. 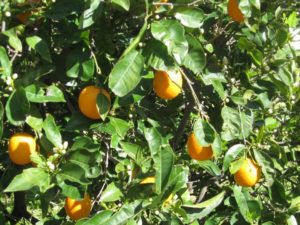 Now I live in the Mediterranean they are still the best and only winter fruits to have in the house but I have one or two gripes that I would like to air about these little gems.
Travelling constantly through Europe, something that never ceases to amaze and really annoy me is that I never see Sicilian oranges or lemons on display in any supermarket or greengrocer. Looking at the label to see their origin it’s either Israel, Spain or Morocco. As far as I know only one of those countries is part of the European Union.

I do know, however, that whenever I go to one of the private mailing companies here, to get in the shop I have to clamber over piled crates of oranges (there’s only one crop a year which is now) being sent up to northern Europe to Sicilians working away from home.

Yet another Italian enigma. The other week Italian euro-parliamentarians, including Sicilian representatives, actually voted in favour of a bilateral agreement for the reduction of customs duties on the importation of Moroccan citrus fruits and vegetables into the European Union. I thought the EU was supposed to facilitate free trading between all member countries? This immediately jeopardizes Sicily’s agricultural industry. Labour costs in Morocco are a fraction of what they are here which influence the retail price. They also do not have the same quality control regulations as here so the produce could actually be inferior. Is this another masochistic maneuver on the part of the Italians? 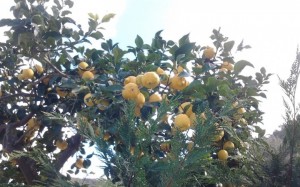 Had they suggested a similar proposal antagonizing French produce, their parliamentarians would have put up barricades all the way from Brussels to Strasbourg while it was still just a rumour, let alone get to the voting stage!
I do not expect to find sanguinelle, tarocchi or brasiliane oranges in New York, but who knows, they probably have them on every street corner there. But I would like, instead, to be able to buy at least one of these brands, originating from Sicily, in most EU countries. It breaks my heart to drive by the citrus fruit groves here and see all the wind-falls left to rot on the ground. So why is it that these precious juicy fruits are not exported all over northern Europe?

It seems that out of total production, Sicilian citrus fruits are destined 47% for local consumption and 53% for national consumption. Just a tiny part of that manages to creep across the borders. Most will say it is all the fault of globalization but undoubtedly, I have an idea that inept marketing and poor competitiveness are also to blame.
Sadly, the Conca d’Oro, famous for its citrus fruit groves, between Monreale and Palermo has all but disappeared under the tons of cement replacing the fruit trees with ugly apartment blocks and tacky villas. The Plain of Catania has however resisted and is still covered with vast areas of orange and lemon groves which are obviously the ones that manage to make it over the Straits of Messina.There is one famous brand of fruit juice in Italy, served on Alitalia flights, said to contain Sicilian blood oranges. I would like to think that it’s true. 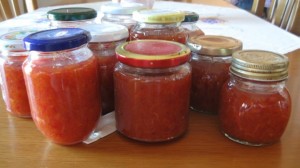 So, as I am stirring the lemon curd with one hand and making my sanguinella (blood orange) marmalade with the other, I am hoping that someone will prove me wrong about my theory that there are no Sicilian oranges or lemons on sale around the world. And I’m still hoping that all those, not actually living in Sicily, are lucky enough to be squeezing, eating, drinking and cooking with Sicilian tarocchi, vaniglia and brasiliane oranges, like I am.