Who Was This British-Sicilian Genius?

Someone capable of creating the second largest winery in the world, putting Marsala wine on the dining tables of US presidents, becoming the no. 1 share holder in the New York Central Railroad, Erie Canal and the Michigan Central Railroad.

Someone capable of buying the part of Manhattan where Fifth Avenue would later be laid out, funding the building of churches in Italy and England, setting up Italy’s top shipping company, monopolizing the world sulphur trade, supporting early Risorgimento revolts, acting as a business mentor to Vincenzo Florio senior and avoiding deportation due to fraud?

SICILIA BRITANNICA
A seminar cycle analysing the history of the British presence in Sicily (1713-1936). 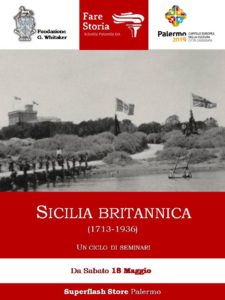