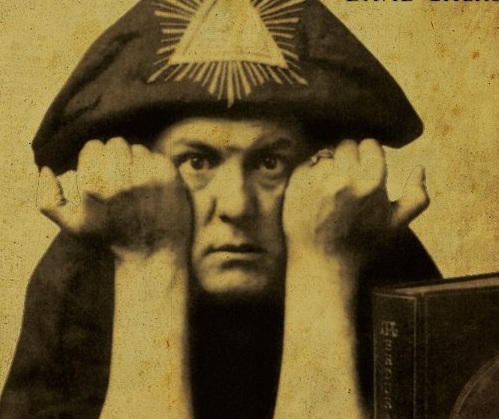 In 1920 occultist, mystic, magician and mountaineer, Aleister Crowley, arrived in Cefalù with two of his American mistresses and their two children. Known as The Great Beast 666 he had come to establish a commune, the Abbey of Thelema, and was hoping to replace christianity with his new religious philosophy.

The son of a Plymouth Brethern preacher, born in Leamington Spa, England, after a rigid religious upbringing he “was in revolt against the moral and religious values of his time” so created the Thelemite philosophy of “Do What Thou Wilt” which was basically the liberal practice of magical-orgiastic rites in his newly founded community.

Crowley had travelled widely, climbing some of the highest mountains in the world including K2 before settling in Cefalù. After consulting the Chinese oracle Y king he had to decide where to settle between the French Riviera, Capri or Cefalù which were all suggested to him.

He was bisexual and a recreational drug experimenter and right from the beginning his female entourage caused quite a few raised eyebrows among the local population. The women did not come down to town very often, only for occasional shopping, but their bizarre way of dressing and strange behaviour kept the place alive with gossip for quite some time.

The Abbey of Thelema was in an old farmworker’s cottage situated on the hill of Santa Barbara overlooking the Rock of Cefalù. Today, still standing but semi-ruined (private visits can be arranged through the town hall), he would have preferred to have built a temple on the rock itself from where they could devote themselves to daily adorations to the sun, regular yoga, ritual practices and discovering and manifesting their True Wills. Permission to build on the rock, however, was refused.

Many of his international followers passed through Cefalù to stay with Crowley in his Abbey. Everyone who joined his commune had to follow strict rules, the first of which was to bring a considerable amount of money with them to ‘support the cause’. All the men had to shave their heads and all the women had to have long blonde or red hair. If they didn’t have that natural hair colour then they had to dye it. If one of his mistresses disobeyed orders she was taken to the Rock, possibly at nighttime when the weather was bad or during a particularly hot day so she would be scorched by the sun, and then denuded and trussed to the rocks themselves. All the women had to have a sign tattooed on one of their breasts.

Crowley has remained an influential figure especially in the pop music scene where the Beatles included his photo on the LP sleeve of Sergeant Pepper’s Lonely Hearts Club Band. Mick Jagger from the Rolling Stones, Ozzy Osbourne, Led Zeppelin, Marilyn Manson and Iron Maiden all publicly admired him or mentioned him in their songs. The BBC, in a poll, described him as being the 73rd greatest Briton of all time but was also denounced by the popular press of the day as being the ‘wickedest man in the world”.