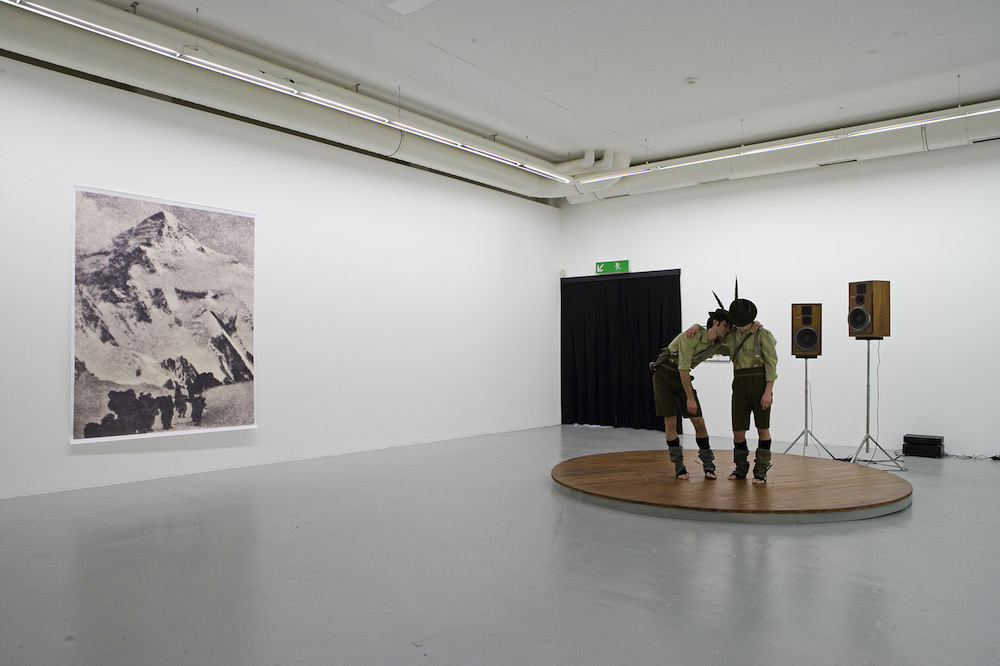 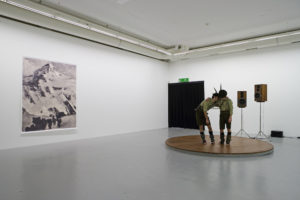 The Museo Civico di Castelbuono (Palermo, Sicily), on the occasion of the 2015 edition of Ypsigrock Festival, is pleased to present two exhibitions: As unreal as everything else by Seb Patane and Grand Hotel des Palmes by Luca Trevisani, in collaboration with the Italian Cultural Institute of Paris and the Museo Naturalistico Francesco Mina Palumbo of Castelbuono, curated by Laura Barreca and Valentina Bruschi.

The two projects have been organised in collaboration with Ypsigrock Festival, elected this year as Italy’s best music festival, which presents a very interesting line-up of international musicians, as Future Islands, Metronomy, Battles, The Sonics, Temples, East India Youth, Bipolar Sushine, The Fat White Family, moreover the participation of Notwist e di Micah P. Hinson, Be Forest and Clap! Clap!.  During the programmed concerts (from 9.00 p.m on August 7, 8 and 9), video works by the artists will be projected onto the façade of the medieval Ventimiglia Castle, transforming the square and the castle into a gigantic screen, connecting the Museum’s research activities to the spirit of contemporary audio-visual experimentation that animates the festival.

The exhibition, As unreal as everything else by Seb Patane comprises a new video made by the artist around the idea of Book Clubs, those meetings where members of a club get together to discuss a chosen book. The artist has organised one with his friends of the Associazione GRU in Giarre, having distributed a few weeks before a short story, The Fog, by the English writer Anna Kavan. The video revolves around the idea of fog, a metaphor of separation or perhaps, protection from contacts and human relations. The soundtrack of the video was made by the artist’s new musical project, Fog School, that involves a series of collaborations with musicians between Catania and Berlin. Together with Book Club also Year of the Corn, will be presented to the public, a hypnotic six-minute video in which the relationship between the visual and musical component is fundamental. The artist will also present a new version of Absolute Korperkontrolle, with a large canvas print of a photograph of mountain climbers – including the occultist Aleister Crowley – on an expedition to the summit of K2. Crowley founded his famous Abbey of Thélema in 1920, in Cefalù – not far from Castelbuono – and is therefore a presence which references the territory.

Grand Hotel et des Palmes by Luca Trevisani is a project realised in collaboration with the Italian Cultural Institute of Paris, the Museo Naturalistico Francesco Minà Palumbo in Castelbuono and the Grand Hotel et des Palmes in Palermo. A project in the making, developed through a series of exhibitions – which were recently held at the Italian Institutes of Culture in Paris and Madrid – dedicated to the relationship between the plant world and landscape, from an anthropocentric point of view. In Castelbuono, the artist continues his aesthetic research on our personal perceptual system, based on the senses and examines our understanding of the world through its reduction into images. The works on display are the result of a research lasting many months, made in collaboration with the Mina Palumbo Museum, whose botanical collection and the important nineteenth century herbarium (that comprises the local herbaceous species of the Madonie mountains), was the subject of research and inspiration for the work of Luca Trevisani. The title of the project chosen by the artist comes from the name of the famous hotel in Palermo where the lifeless body of Raymond Roussel was found after committing suicide on July 14th of 1933. The French writer, beloved by the Surrealists, was among the founders of the Pataphysics, the science of imaginary solutions. Roussel, eccentric dandy and cult author, is evoked by the artist as a passionate defender of freedom of expression, a symbol of the revolutionary power of imagination, a very important concept throughout the whole artistic research of Luca Trevisani.

The exhibitions are accompanied by two publications edited by Kalòs Edizioni d’Arte, with critical texts by writer, art critic and curator Luca Cerizza.

At the end of the exhibition, a work by Luca Trevisani and one by Seb Patane – commissioned and produced by the Museo Civico di Castelbuono – will become part of the permanent collection of the Museum.

Luca Trevisani (born in Verona in 1979, lives between Italy and Germany). His research ranges between sculpture and video, and cross border disciplines such as performing arts, graphics, design, cinema of research or architecture. In his installations the historic features of sculpture are questioned and even, sometimes, subverted. Instability is a characteristic of his work, a developmental status, magnetic and mutant, that expands and contracts without blocking the boundaries between each element of the work and the environment. As well as several awards and residencies, Luca Trevisani took part in solo and group exhibitions in the main art centres and museums, including: Museo Marino Marini, Florence, Italy (2014), MAXXI, Rome, Italy (2012), MACRO, Rome, Italy (2010), Haus am Waldsee, Berlin, Germany (2012), Magasin – Centre National d’Art Contemporain, Grenoble, France (2011), Mart, Rovereto, Italy (2011), the Biennale of Architecture in Venice, Italy (2008-2010), Manifesta 7, Trento and Rovereto, Italy (2008), Museion, Bolzano, Italy (2008), Museum of Contemporary Art in Tokyo, Japan (2007), Daimler Kunstsammlung, Berlin, Germany (2011), CCA Andratx Mallorca, Palma de Mallorca, Spain (2011), MAMbo, Bologna, Italy (2009), Mehdi Chouakri, Berlin, Germany (2008-2011), Fondazione Sandretto Re Rebaudengo, Turin, Italy (2008). Glaucocamaleo, his first feature film, was presented at the Film Festival in Rome in 2013.