Fact is sicily will never change… 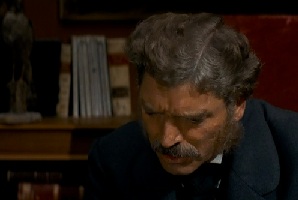 Fact is Sicily will never change.
Something funny about Sicilians.
They built great castles, churches, towns, but no roads to take them around.
To this day.
Di Lampedusa thinks it’s because Sicilians think they are gods. (The Leopard)
They are not.
All those invasions broke their back.
And the latest is being part of Italy…forced to be part of Italy.
Sicily is Sicily: Arab/black/Spanish with a touch of Normans.
It will never change.
Each neighborhood thinks it is the center of the universe.
It isn’t.
I have been back many times.
The people there wither within.
Lonely and lost…to make something of yourself you have to leave Sicily.
As I did.
As many others have. (“Cinema Paradiso”)…

Emanuel Di Pasquale
Emanuel di Pasquale has published poems in American Poetry Review, Sewanee Review, and many anthologies and textbooks. He has also translated numerous poets from English into Italian and from Italian into English. A poet, whose family hails from Ragusa, he is also a professor at Middelsex College in New Jersey. "Out of Stars and Sand and other Sicilian poems" (Gradiva publications) and "La Vita Nuova" (Xenos books) are di Pasquale's most recent publications.